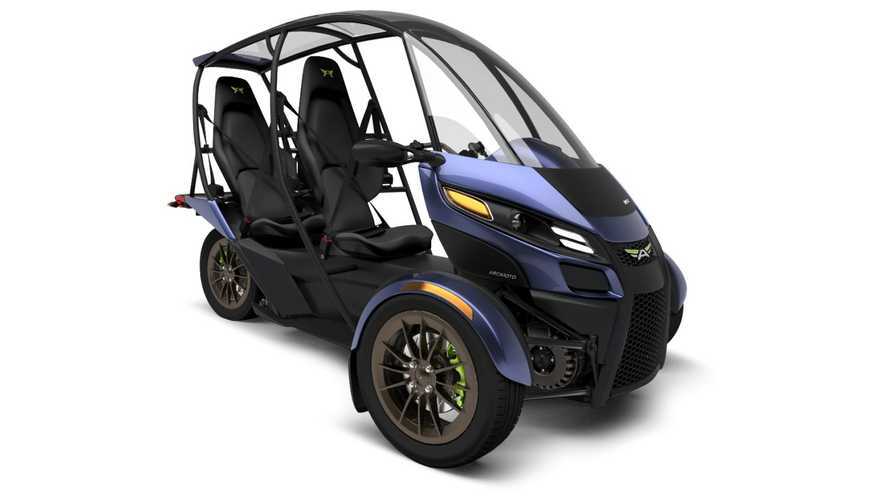 Oregon-based Arcimoto, after several years of development, reached the 8th generation stage of the SRK.

The electric three-wheeler is scheduled for a 50-unit pilot production run, before full market launch expected in late 2016.

The price is expected to be $11,900, which is much less than earlier versions were forecasted to cost - and on par with some electric motorcycles.

"The last time we checked in with Arcimoto, the Oregon-based electric carmaker was on the 5th version of their prototype for an everyday electric vehicle. The year was 2011 and Arcimoto President and Founder Mark Frohnmayer was brimming with ideas to further improve the company's SRK concept. Now, 4 years and 3 generations later, we catch up with Mark and the team at Arcimoto to see how the company's 8th-gen SRK improves on its predecessors in every way. It's lighter, faster, and less expensive."

Arcimoto SRK is in fact a three-wheel motorycycle with a handlebar.