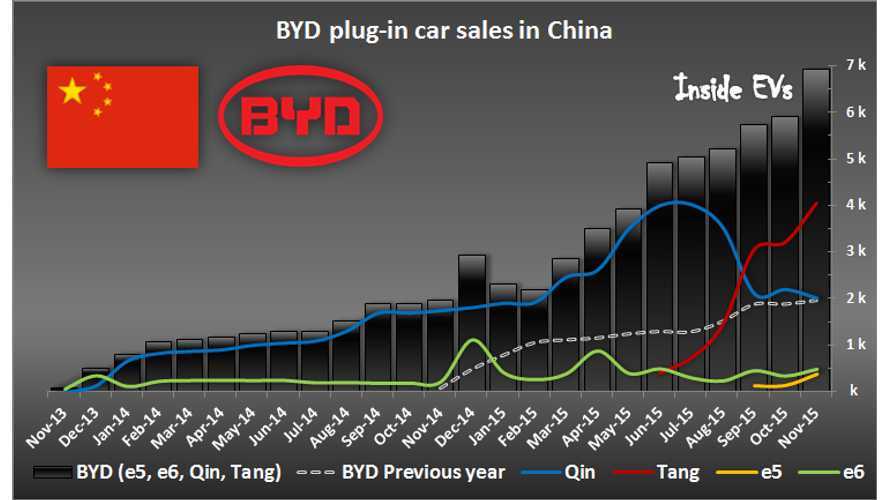 November was an especially strong month for plug-in electric car sales for BYD.

That's not only a new high, but nearly 5,000 more than one year ago. China's plug-in electric car market seems to be at full swing now.

BYD is also engaged in the Denza JV with Daimler. As it turns out, a record 715 all-electric Denzas were sold last month! So far this year over 2,000 Denzas have been delivered, compared to over 48,500 BYD plug-ins.