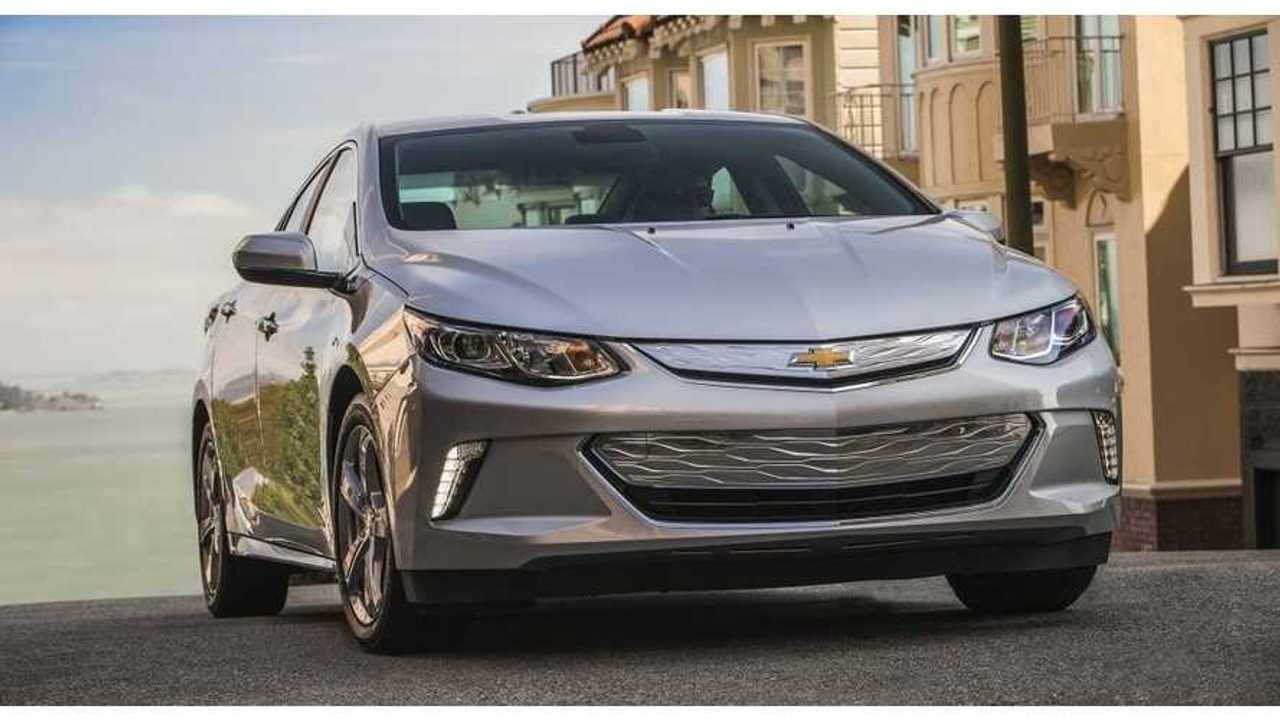 “This is a list that’s loaded with innovation, from hybrids to muscle cars. We have three groundbreaking electrified drivetrains for the first time ever, each representing a different technology: the gas-electric Prius hybrid, the plug-in hybrid Sonata and the extended-range electric Volt.”

States Drew Winter, director-content at WardsAuto in announcing the recipients of the 2016 Ward's 10 Best Engines award.

Here's the complete rundown of the 10 winners:

Here's how the engines are evaluated, according to Ward's Auto:

WardsAuto editors selected the winners after spending October and November studying and driving all 31 nominees. There is no instrumented testing – only everyday driving to and from home, work, school, the grocery store and grandma’s house.

Editors score each engine based on horsepower, torque, comparative specs, noise attenuation, fuel economy and the application of new technology. The guiding principles: Does the engine or electric propulsion system truly sell the car or raise the bar for its competitive set?

Vehicles must have a base price no higher than $61,000 to be eligible. Volkswagen Group automakers were barred from participating this year because of its diesel emissions scandal.

Both the 2016 Chevrolet Volt and 2016 Hyundai Sonata PHEV (from $34,600 - details) are standouts in their segments and both are deserving of this award.

The all-new second-generation Chevrolet Volt is even more impressive than the first, with a significantly improved 1.5L direct-injection 4-cyl., more powerful batteries and lighter electric drivetrain.

The new Volt has an electric range of 53 miles (85 km), up from 38 (61 km) in the previous car, before the gasoline engine begins providing most of the electricity for propulsion. Either way, the Volt is delightfully quiet and responsive.

Chevy Volt EREV displays energy flow to and from wheels.

Editors praise the new Volt drivetrain for being “really strong in nearly all driving situations,” with “gobs of torque.”

If consumers found anything objectionable in the first Volt, it appears they’ve all been fixed in the second. The base price of $33,995 grows even more attractive with a $7,500 federal tax incentive.

Equally remarkable at the other end of the spectrum is the Hyundai Sonata plug-in hybrid, which employs an excellent 2.0L 4-cyl. paired with a 50-kW (67-hp) electric motor, which draws energy from a 68-kW lithium-polymer battery.  (InsideEVs Editor's Note:  The Sonata PHEV actually has a 9.8 kWH battery)

Plug in the Sonata and bank on at least 27 miles (43 km) of electric range before the direct-injection 2.0L starts the heavy lifting. Charging takes 2.7 hours with 240V or nine hours with a 120V wall socket.

Some editors driving Hyundai Sonata PHEV saw 58.5 mpg. But plan to be pleasantly surprised, like one editor was, when a 30-mile (48-km) commute with a full battery ends with 8 miles (12.8 km) of electric range still in the battery. Thank the software that allows for aggressive regeneration while decelerating and braking.

In real-world situations that included a mix of gasoline and electric driving, WardsAuto editors achieved fuel economy between 41 and 80 mpg (5.7-2.9 L/100 km).

But it’s not just about saving fuel. The high-compression 154-hp 2.0L is the soul of this hybrid and makes it enormously fulfilling and smooth to drive. And don’t forget the $4,500 in various federal tax credits.

WardsAuto reviewed 31 engines from 11 automakers in this year’s competition, which looked at power, fuel efficiency, new technology and refinement, and compared it with data for similar engines and propulsion systems.

“This recognition is a win for our customers with improved efficiency and performance and a credit to our engineering teams and supplier partners,” said Dan Nicholson, vice president, Global Powertrain. “It isn’t enough to just be good. Many of our competitors are good. At GM, we are committed to consistently delivering great propulsion systems.”

“The 3.6 delivers the kind of power and lusty exhaust note you associate with a V-8 for the price of a V-6. Plus, it’s loaded with advanced technology, including fuel-saving cylinder deactivation,” said Drew Winter, director, Content at WardsAuto.

The 3.6L V-6 available in the Camaro LT, produces an SAE-certified 335 horsepower (250 kW) and 284 lb-ft of torque (385 Nm), for the highest specific output of any naturally aspirated V-6 in the segment. The engine incorporates technologies for uncompromised efficiency and performance, including direct injection, continuously variable valve timing and, for the first time, Active Fuel Management (cylinder deactivation), which disables two cylinders under light throttle applications to enhance efficiency. Environment Protection Agency-estimated fuel economy for the V6 with the 8-speed automatic transmission is 23 city and 28 highway mpg.

Noise-reducing features, including an all-new cam drive system, contribute to the new 3.6L being up to 4 dB quieter under low-load driving conditions than the benchmark Infiniti 3.7L V-6.

The 3.6L V6 is manufactured in Romulus, Mich.

Voltec propulsion system, second generation “General Motors has taken what already is the most innovative and disruptive propulsion system in the auto industry and made it lighter, stronger and a lot more fun to drive. In fact, the new Voltec system delivers the impossible: an exciting electric car with zero range anxiety,” Winter said.

The system is capable of 53 miles of EV range, and a total driving range of more than 420 miles. With regular charging, Volt customers are expected to drive more than 1,000 miles between fill-ups. The two-motor drive unit is up to 12 percent more efficient and 100 pounds lighter (45 kg) than the first-generation. The ability to use both motors helps deliver a 19 percent improvement in electric acceleration from zero to 30 mph (2.6 seconds) and a 7 percent improvement from zero to 60 mph (8.4 seconds).

The all-new 1.5L range extending engine with direct injection is designed to use regular unleaded fuel and offers a combined EPA-estimated 42 mpg.

The Volt uses an 18.4 kWh battery system featuring revised cell chemistry developed in conjunction with LG Chem. While overall system storage capacity has increased, the number of cells has decreased from 288 to 192 as the result of the revised chemistry. The cells are positioned lower in the pack for an improved (lower) center of gravity and the overall mass of the pack is 21 pounds (9.8 kg) lighter.

Founded in 1911 in Detroit, Chevrolet is now one of the world's largest car brands, doing business in more than 115 countries and selling around 4.8 million cars and trucks a year. Chevrolet provides customers with fuel-efficient vehicles that feature engaging performance, design that makes the heart beat, passive and active safety features and easy-to-use technology, all at a value. More information on Chevrolet models can be found at www.chevrolet.com.

FOUNTAIN VALLEY, Calif., Dec. 10, 2015 – The technologically advanced powertrain of the 2016 Sonata Plug-in Hybrid Electric Vehicle (PHEV) was named to the prestigious Ward’s 10 Best Engines list. This is the first time that a plug-in hybrid powertrain has made the list.

“For Hyundai’s first entry into the plug-in hybrid segment, Hyundai engineers did an impeccable job blending fuel efficiency with refinement and daily usability,” said Drew Winter, editor-in-chief, WardsAuto World magazine. “Transitions between all-electric and hybrid modes are completely seamless, something that drivers will undoubtedly appreciate on long journeys, and the six-speed automatic transmission gives drivers a greater sense of connection, compared with other hybrids in the segment.”

The 2016 Sonata Plug-in Hybrid offers the efficiency of an alternative powertrain with a unique aerodynamic exterior design, best-in-class total interior volume, premium features and advanced safety technologies, all at an excellent value. The Sonata Plug-in Hybrid gives drivers the best of both worlds by providing the power delivery of a conventional gasoline engine, perfect for long trips, with the additional benefit of environmentally friendly all-electric range for commuting.

The vehicle is powered by Hyundai’s 2.0-liter Nu four-cylinder GDI engine, which produces 154 horsepower and 140 lb. ft. of torque. Unlike other hybrids in the segment, the Sonata Plug-in Hybrid utilizes a six-speed automatic transmission with a 50 kW electric motor in place of the standard torque converter. The powerful electric motor, coupled with the automatic transmission, gives drivers a heightened sense of connection over CVT transmissions common to the hybrid segment. Lastly, the vehicle’s 9.8 kWh lithium polymer battery pack provides a best-in-segment all-electric range (AER) of 27 miles, so many consumers will be able to complete their daily commute without using a single drop of fuel.

“Receiving this award demonstrates Hyundai’s continued momentum as a leader in advanced powertrains,” said Mike O’Brien, vice president, Corporate and Product Planning, Hyundai Motor America. “We see significant potential with the Sonata PHEV as being a ‘best of both worlds’ zero carbon solution and this award provides a recognized platform to highlight the technological and environmental leadership of the entire Sonata family.”

This is the 22nd year for Ward’s 10 Best Engines, a competition created to recognize outstanding powertrain achievement, world-class technologies and those rare engines or electric propulsion systems that are so compelling that they help sell the vehicle. To be eligible, a new or significantly improved engine or propulsion system must be on sale in a production vehicle during the first quarter of 2016, with a base price capped at $61,000.