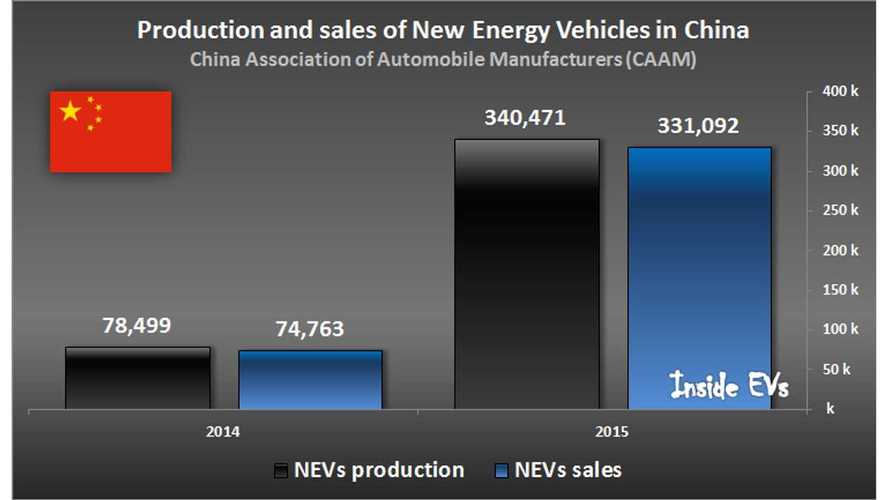 The Chinese Minister of Industry and Information Technology expressed an expectation that this year production and sales of electric cars in China should double.

And given we are talking about China, we aren't talking about an insignificant amount, as the country long ago took over the lead for the largest adopter of plug-in vehicles (by net amount).

Beside the natural expansion of the models available on the market and their performances (BYD will offer 10 passenger EVs by the end of the year alone), sales could also be further supported by higher demand from government departments.

Miao Wei, the head of the Ministry of Industry and Information Technology said also that

"The reliability, mileage and lifespan of electric batteries needs improvement and China needs to speed up the installation of electric car charging stations"

Sure, sounds good to us Miao!