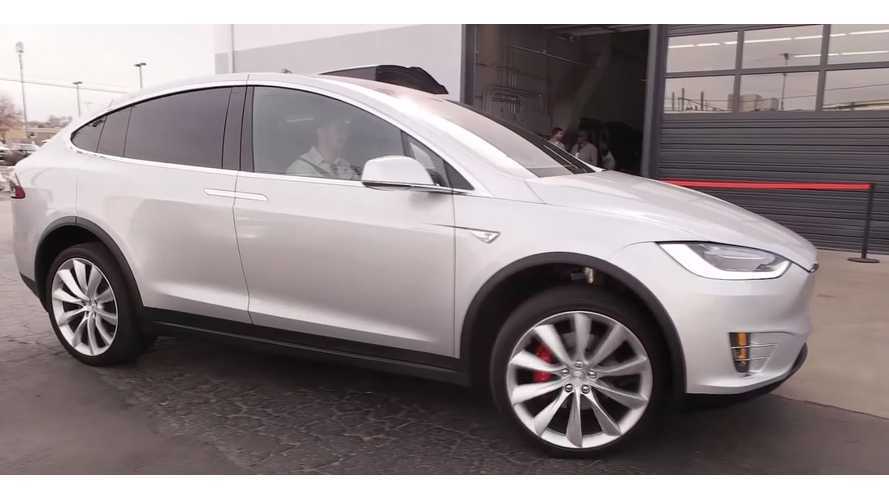 Tesla's Model X is the only available, fully-electric SUV in the world at this time. Tesla boasts:

"The safest, fastest, most capable sport utility vehicle in history."

It pairs the performance of a sports car with the functionality of an SUV.

The company already has some ~35,000 pre-orders (reservation holders) for the vehicle and anticipates selling 80,000 combined Model S and X this year alone.

In this video, Motley Fool senior technology analyst Daniel Sparks looks at Tesla Motors' 2015-launched Model X and discusses why the SUV is so critical to the electric-car maker's business.

From its Falcon Wing doors to its massive and unique windshield, Sparks believes demand won't be a problem for Tesla's newest electric vehicle.

Further, Sparks believes Tesla CEO Elon Musk was spot on when he said Model X is a better SUV than the Model S is a sedan.

Its signature falcon wing doors open in tighter spots than traditional doors and allow for easy access to the second and third row seats. Sensors assure that the doors will, for the most part, not hit anything near the vehicle. The front windshield is claimed to be the largest of any car ever. Inside is a 17 inch touch screen with all of the expected Tesla features, including industry leading driver's assistance.

Tesla hopes to sell 500,000 vehicles a year by 2020, with the upcoming Model 3 as the front runner. In order to make this happen, the  Model X is to become a marketing tool for the company.

With Model X orders already exceeding that of Model S, Tesla will need to increase production and turn orders into sales at an impressive rate to assure continued success.