BMW i3 & i8 Account For Over 1% Of Worldwide BMW Sales 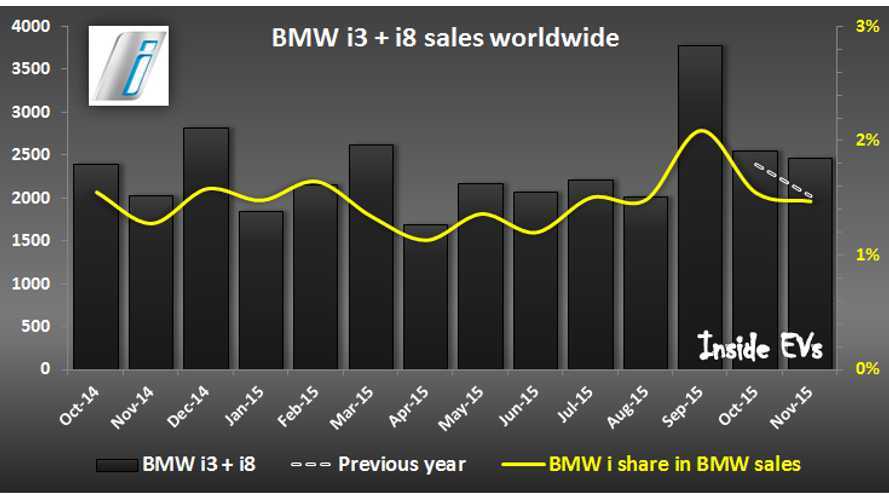 Another Look At The BMW i3 "Shadow Sport" From LA (Image: Warren M/InsideEVs)

Since late 2013, nearly 45,000 of these two i cars have been delivered worldwide, but how does that compare to BMW's total global sales over the same period?

Well, compared to overall sales of BMW Group (including MINI and BMW Motorrad), it seems that over 1% of global sales belong to the BMW i subbrand.

But MINI is separate brand, while BMW Motorrad sells motorcycles, so limiting the scope to BMW cars only, share for i3 and i8 is even higher - nearly 1.5% on average and peaked at 2.09%: