Today Ford has announced a new initiative that will see the company invest $4.5 billion dollars into its electrified program.

Focus Electric To Get Some Upgrade Love From Ford Next Year

Headlining today's announcement is a new, longer range Focus Electric, which will arrive as a 2017 model next fall.

And none too soon as the outgoing model was outgunned from the word go, despite an early arrival in 2012.

The original Focus Electric had the BEV-king Nissan LEAF out-ranged 76 to 73 miles for a few months (until the LEAF's ratings popped to 75 miles, then 84 miles though the 2015 edition), but the price tag was always considerably higher.

Multiple MSRP reductions recently have brought the cost down  ~$10,000 (today from $29,170+$875 dst), but the EV could never shake the "conversion" label as local Ford dealers had no interest in promoting, much less stocking, the car.

Ford hopes the 2017 Focus Electric will change all that as the company says it will have "approximately 100 miles of range" and also feature DC fast charging (CCS Combo of course) for the first time.  Ford says 80% recharges can be achieved in 30 minutes.

The company also attached this note on the 2017 Focus Electric's additional features:

Looking at the new 2017 Focus Electric package, one still has to wonder with the new, longer range 2016 Nissan LEAF already arriving last month with a 107 mile range, nationwide dealer acceptance and a starting MSRP of $34,200 if Ford isn't once again coming up a touch short.

Nonetheless, we gladly welcome another "3-digit" range EV to the market.

However, the real test for the new Ford Focus will come a few months after its debut in 2017 when it faces the 200 mile 2017 Chevrolet Bolt and next generation Nissan LEAF (also expected with ~200 miles of range), to say nothing of the Tesla Model 3...to say nothing of the mid-size Hyundai Ionic/Kia re-badge BEV that is expected to also net at least ~150 miles in late 2016 as well. 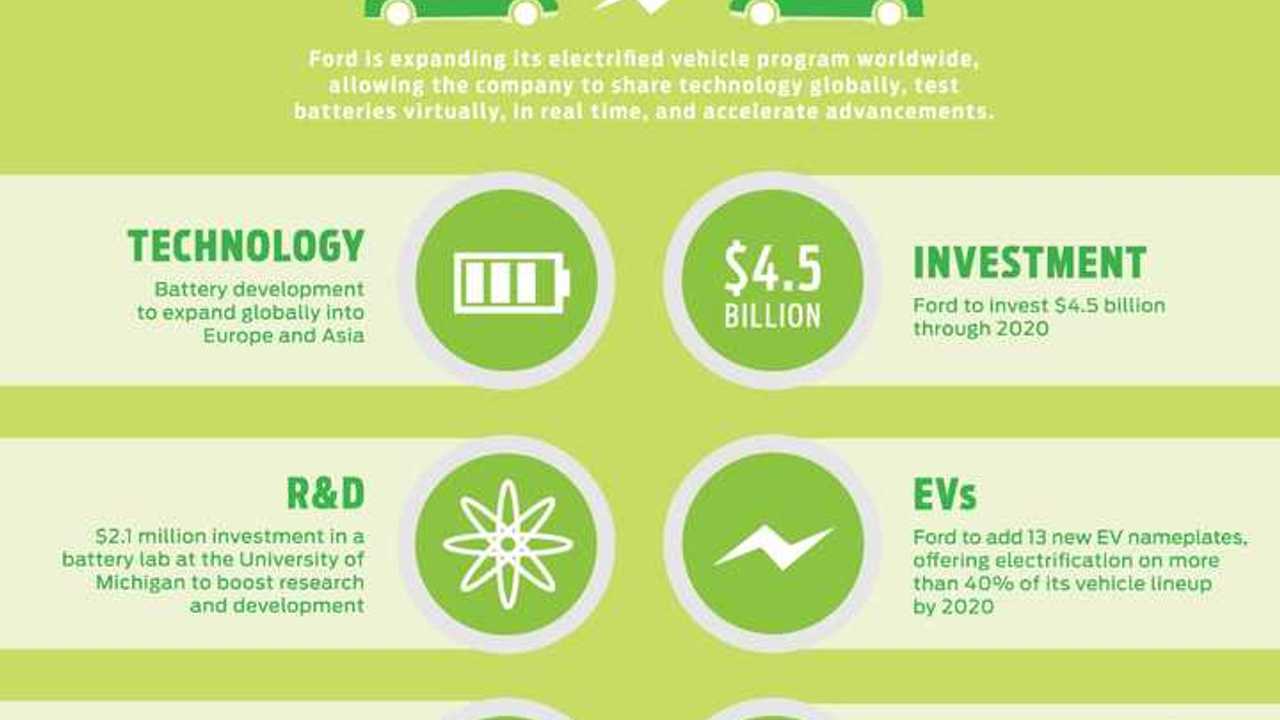 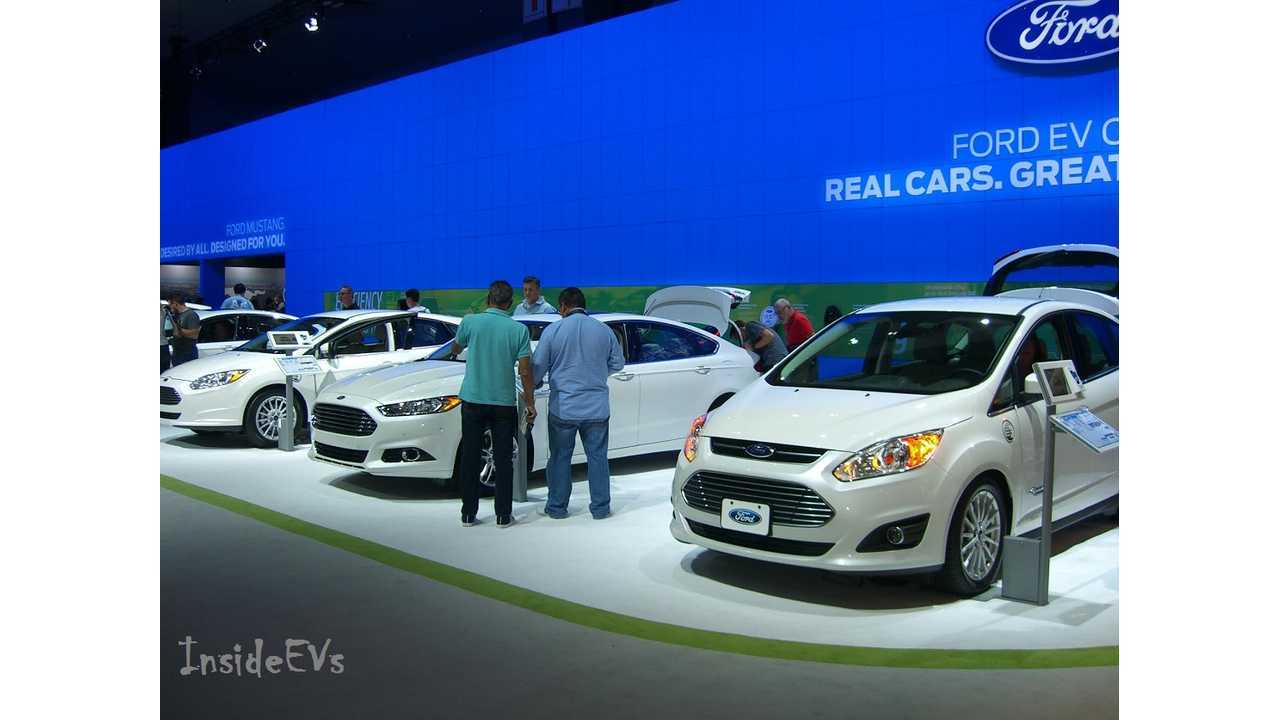 The Ford Family Of EVs About To Get A Big Upgrade

No further details on exactly what kind of "electrified vehicles" these would be (Ford likes to use the generalized terminology to describe all-electric, plug-in hybrids and conventional hybrids), or what platforms would be converted.

Ford plans to show off (at least) one of these new models (that plugs in) at the NAIAS in Detroit this January 11th.

Personally, we would really like to see a plug-in truck already.  C'mon you're Ford, that is what you do!

Update: John Stoll from the Wall Street journal tweeted a couple pictures of a new mystery plug-in Ford under wraps today.  Just given the dimensions, and the fact we've already glimpsed the 2017 'regular' Fusion, it would be hard to imagine this not being a refreshed Fusion Energi.

Appears @Ford has something to announce at the Detroit auto show next month. It plugs in to the wall pic.twitter.com/Bz52AZTBtb