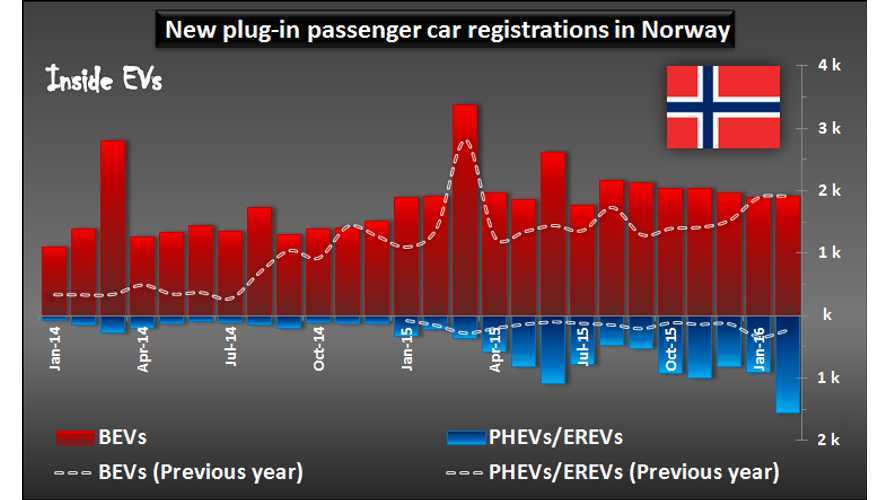 February 2016 was so far the best month of plug-in electric car sales in Norway - relatively speaking at least, as a new high in market share was reached at 28.6% for new passenger cars.

That's roughly 3 out of 10 cars sold and the growth year-over-year remain strong at 63.5%.  What can Norway not do when it comes to EV adoption?

The bad news (if you can consider it that) was that the BEV market for the second month in a row was stagnant compared to 2015, while the good news is that the PHEV segment exploded, up by 613%!

We don't have all the numbers yet, but it looks like the Nissan LEAF 'breaks the ice' with 453 registrations (more than in three previous month altogether) and took 3.7% overall market share. Overall, the Volkswagen e-Golf/GTE is still on the strong lead.