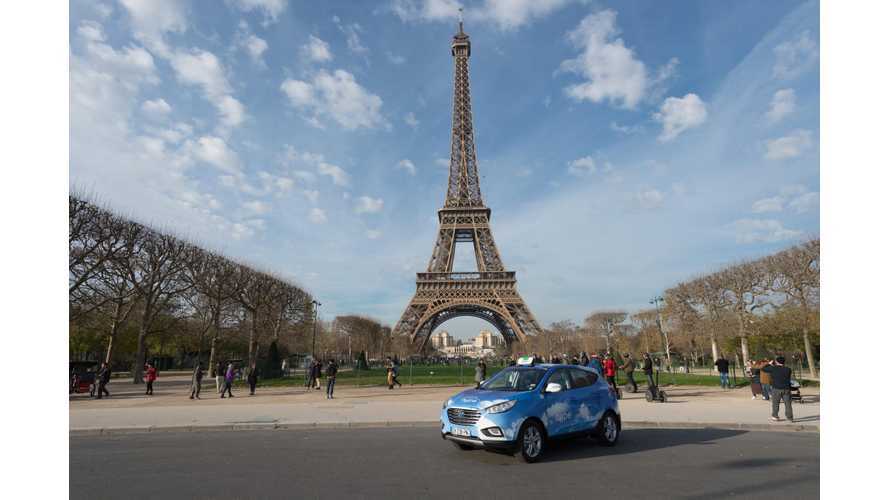 In total, there are just 250 ix35 Fuel Cell vehicles in total in Europe.

At the same time, Paris got its first hydrogen refueling station.

"The delivery of the five ix35 Fuel Cell makes the world’s largest fuel cell taxi fleet, and is the first step in establishing a hydrogen-powered electric taxi fleet called “hype” (Hydrogen Powered Electric), serving the Greater Paris area.The fleet is planned to increase up to several hundred vehicles within five years, with the refuelling infrastructure to be gradually installed in 2016, to meet the increasing demand for hydrogen."

“With this pioneering project, Hyundai Motor and STEP are bringing new sustainable mobility to the streets of Paris. The ix35 Fuel Cell taxis will provide not only a clean solution for the city, but also a practical, comfortable and reliable choice for drivers and passengers.”