BMW i3 Melts Away In House / Garage Fire Started By Fireworks 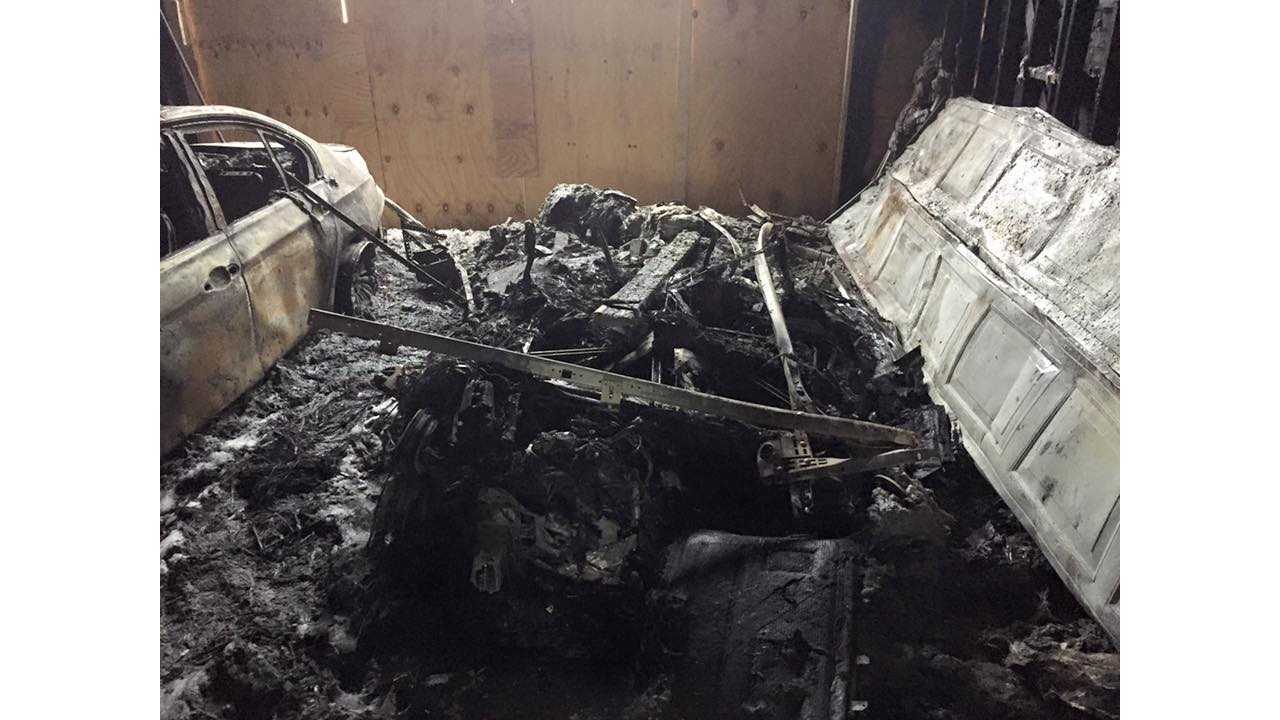 If you're an EV supporter, you probably hold your breath and grimace a bit until you can read the article to learn what caused the fire and if anyone was hurt. But for many people who are unfamiliar with electric vehicles, they likely question the safety of EVs. They don't even have to read the article; they just see "EV and fire" together and the unfortunate and uninformed speculation begins.

Luckily, since the recent electric vehicle movement began roughly 6 years ago, there have been very few cases of EV fires, and to my knowledge no one involved has suffered an injury. Other than a couple of incidents involving the defunct Fisker Karma, the causes of EV fires have been mostly a direct result of a severe impact compromising the battery pack.

I don't know of any instance where an EV has caught on fire because of a systems failure with the high voltage battery pack or power electronics. In fact, as a comparison a gasoline powered vehicle has a greater chance of having a fire than an EV, statistically speaking.

You can recognize the seat frames, strands of carbon fiber and the optional rear 20" Sport wheel, but not much more

So while I usually don't like to use the words "EV and Fire" in the same story, I found this one particularly interesting and wanted to share it.

For one, I've never seen an i3 after a devastating fire incident, (these are the only pictures of an i3 after a fire that I know of) and two, because of the unique state of the car following the fire. I'd like to first say that thankfully, nobody was hurt in the fire depicted here. Also, neither the car, nor the home charging equipment, had anything to do with the fire.

It was an unfortunate accident resulting from a fireworks event for a New Year's Eve celebration last year. Hours after cleaning up the debris from a neighborhood event, a trash can that had ashes from the fireworks ignited. Neighbors had gotten together for the fireworks display and the clean up. There must have been something placed in the trash that wasn't completely extinguished, and after a few hours of smoldering, it unfortunately caught on fire.

It's pretty shocking to see how little is left of the i3 after the fire. The plastic body panels and CFRP Life Cell just melted away. Without the steel frame and passenger compartment used in a conventionally built car, there is practically nothing recognizable in the pile of i3 debris after the fire.

However once they started cleaning up, they were able to drag the aluminum frame with the battery tray out of the garage with a tow truck. Although you can't tell from the photos, the owner, Tory Johnson told me that the aluminum frame and battery tray were still intact. Tory also said it was interesting to see that while the resin which holds the carbon fiber together had melted away, the actual strands of carbon fiber didn't melt, and were clearly visible after the fire.

The 328i next to the i3 in the garage was also destroyed by the fire, however you can still tell it was once an 328i

Even after removing the debris and cleaning up the garage floor had clumps of dried CRFP resin where the i3 had basically melted away.

It's been over two years since the first i3 was delivered in Germany, and at this time there are about 40,000 i3s in customer hands. It's actually a little surprising that there hasn't been a news story or a picture shared on social media of an i3 that had been involved in a fire after a severe accident, or even one like this, that was just in the wrong place at the wrong time.

At least we now know what to expect.