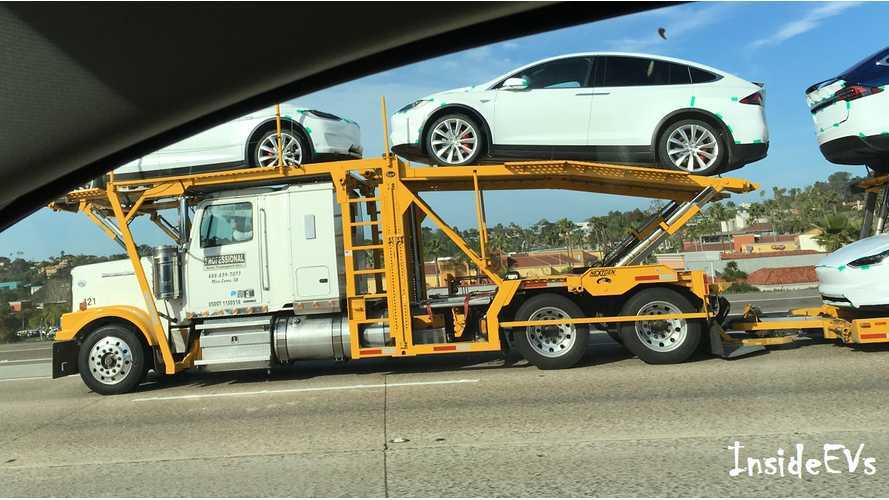 Investing site Motley Fool is reporting that Tesla has started to actively reach out to the 35,000-ish Tesla Model X reservation holders in an effort to get those individuals to convert reservations into confirmed orders.

There are a few ways to view this move by Tesla. Some believe actual demand for the Model X may be lower than anticipated and perhaps that's why Tesla is trying to get orders confirmed.

Meanwhile, other feel that Tesla has finally got Model X production to the point at which it's able to rather quickly fulfill orders. We believe in the latter viewpoint.

"A member of Tesla Motors Club, the largest online community of Tesla owners and enthusiasts, recently said that they were "cold-called" by Tesla. The representative said that the Tesla currently has open production slots available and that any order confirmed immediately would go into production by the end of the month. The rep even offered to try to arrange a Model X demo unit so the customer could see one in person."

Officially, Tesla would only state the following (via Jon McNeil, Tesla's President of Global Sales, Service, and Delivery):

"... both the order rate on S and the conversion rate to orders on X has been very strong."

Motley Fool adds this bit of interesting info on the monetary side of converting reservations to orders:

"Keep in mind that as soon as a reservation holder confirms their order, the $5,000 deposit that they had put down is no longer refundable. The customer can change the order configuration for another 7 days, subject to a $500 change fee, but they're effectively committed at that point unless they can afford such an expensive change of heart."

"Converting reservations to orders is extremely important right now. At the end of last year, Tesla was sitting on $283.4 million in total customer deposits, just waiting to be applied toward purchased vehicles and recognized as revenue. While that sum includes deposits for new and used Model S vehicles, the majority of those deposits are for Model X (around $175 million)."