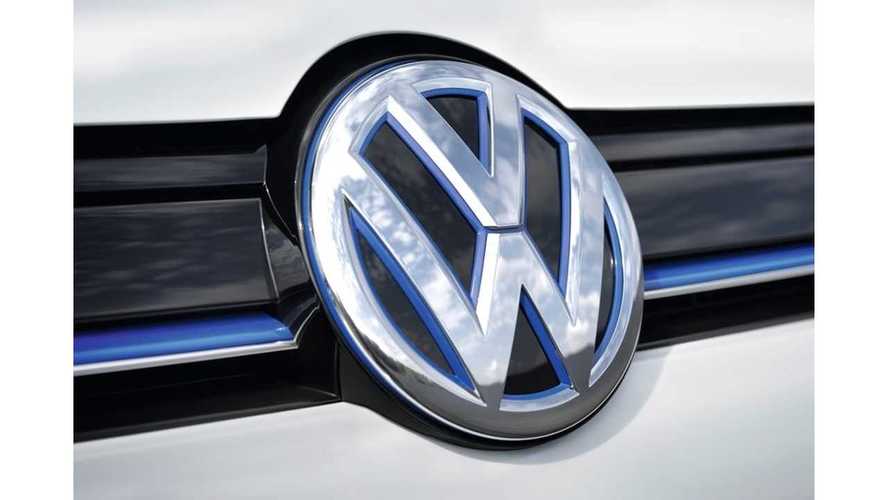 Volkswagen intends to use the 2016 CES show in January to present a new electric car concept.

Earlier, Chevrolet decided to unveil its production-intent version of the Bolt at CES, as will Faraday Future present its first concept plug-in.

It seems that the growing electronics technology in the automotive market, especially found in the electric and autonomous cars, is eating away at some valuable debuts at established car shows like the NAIAS. Instead, some automakers are choosing CES for their big debuts.

As of now, we don't know much about the Volkswagen concept. It very well could just be part of a PR move to deflect from "Diesel Gate" and give the brand more of a 'sustainability' feel. However, we hope it's an announcement of a new model which will enter production in the coming years.

"The Consumer Technology Association (CTA)™, formerly the Consumer Electronics Association (CEA)®, announced today that Dr. Herbert Diess, chairman, board of management, Volkswagen Passenger Cars, will deliver a keynote address at the upcoming CES® 2016. Diess will use the CES stage to launch an all-electric concept car while focusing his remarks on electric mobility driving the automotive market. Owned and produced by CTA, CES 2016 runs January 6-9, 2016 in Las Vegas, Nevada.

Herbert Diess’ keynote is scheduled for 8:30 PM, Tuesday, January 5 at the Cosmopolitan’s Chelsea Theater. He will debut a new era of electric mobility, including Volkswagen’s groundbreaking electric vehicle that will further illustrate the synergy between the Internet of Things and the automotive industry."

Gary Shapiro, president and CEO of CTA (the organization behind CES), said:

“We welcome Herbert Diess to CES to share Volkswagen’s vision for the future, including the company’s commitment to sustainability. We are pleased Volkswagen will use the CES stage to unveil a concept car displaying its latest developments in safe and energy-efficient electric vehicles consistent with VW's long history of innovation in the driving experience.”

“CES is a celebration of diverse ideas. Our stage is open to those who bring innovation and can showcase how technology is changing the world, at times open even to those who bring controversy. When we agreed to a Volkswagen keynote earlier this year we, along with the world, did not know much about emissions testing, but after talking with Dr. Diess I felt the CES audience would be interested in his vision and curious about his plans for a new type of sustainable car. Now, VW has an opportunity at CES to show the world its designs for the future and how the company views electric mobility and sustainability.”