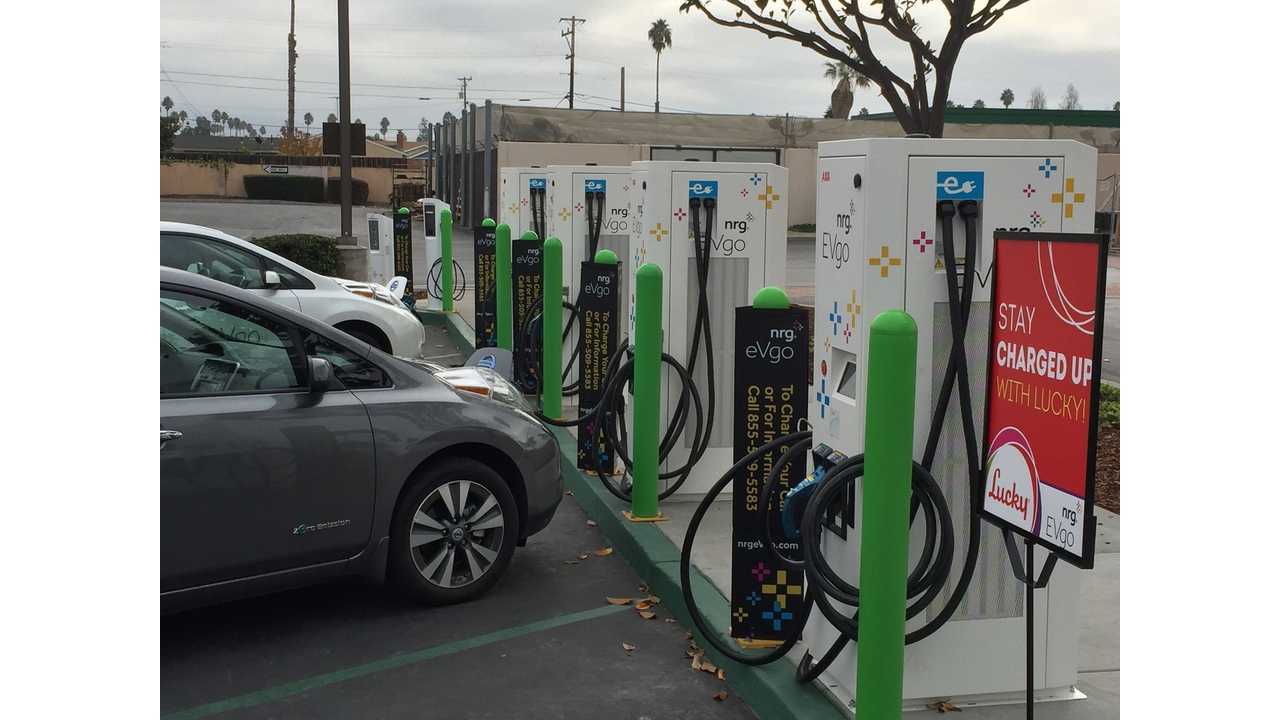 EVgo recently installed its 100th Freedom Station in California. The site, at Lucky Supermarkets, is the largest site in the U.S. (among public networks) with 4 multi-standard DC fast chargers (50 kW each).

The station is also future-proof with spots for another 4 chargers and capability to raise power to 150 kW.

"The 100th EVgo Freedom Station in California is now open to the public and is the nation's largest publicly-available multi-standard fast charging site able to serve any vehicle on the road. Located in the hottest electric vehicle (EV) adoption area of the country, the Lucky Fremont location at 5000 Mowry Ave. features four 50kW DC Fast Chargers able to charge vehicles at the same time!  Not only are all the chargers equipped with CHAdeMO and DC Fast Combo, the station is also pre-wired for as many as four more chargers, which can be added in just days as demand requires."

"With the amount of demand for fast charging shown in Fremont and the location of Lucky just off Interstate 880, EVgo and Lucky believe this will quickly become the busiest public DC Fast charging location in the nation. This Freedom Station is equipped to charge any EV on the road today. DC Fast Charging allows most EVs to get a nearly full charge in less than 30 minutes. With the ability to plug in 9 vehicles, this location offers both the CHAdeMO and DC Fast Combo charging standards, in addition to Level 2 charging."

"With such rapid growth in EV adoption, it is important that EVgo's stations be able to grow just as fast. That is why this station is designed and built not just to double in size in a matter of days if needed, but to also add power capacity easily up to 150 kW when that technology is available."

Mike Haaf, General Manager of Lucky, a subsidiary of Save Mart Supermarkets said:

"Lucky is thrilled to offer the convenience of electric car charging stations right at our store. These chargers are so fast, the car should be completely charged by the time a shopper stocking up on groceries for the week is finished."

EVgo says it has 103 charging locations in California (28 more are under construction or in the permitting process).

Nationwide there are already 500 Freedom Stations with more public DC fast chargers than all other public providers combined.