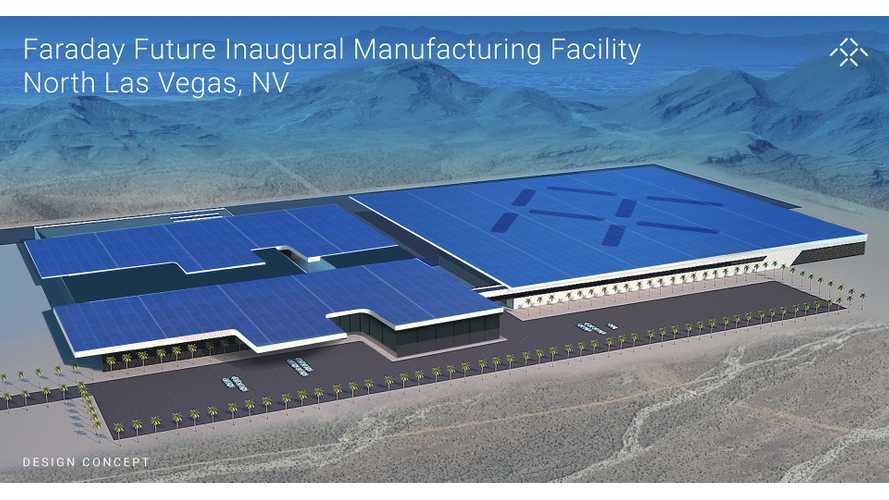 Initially, a high tax incentive package of $335 million attracted a lot of attention, and despite the fact Faraday Future's Bobcats were released for early stage work, some doubts arose as to whether FF is capable of financing the factory.

According to the latest news from Nevada, Faraday Future now will prove financing - by acquiring a surety bond up to $75 million and deposit another $13 million into escrow accounts:

"In a letter sent Wednesday to Steve Hill, director of the Governor’s Office of Economic Development, executives with the electric car maker said it will acquire a surety bond of up to $75 million and deposit another $13 million into escrow accounts to go toward engineering and preliminary construction of water, wastewater and rail facilities."

The bonds are part of requirements to get tax incentives.

"FF will acquire a surety bond, or other financial instrument acceptable to GOED and Nevada, of approximately $75 million,” the company said in an acknowledgment signed by Dag Reckhorn and Dave Wisnieski. Reckhorn is Faraday vice president of global manufacturing; Wisnieski is director of finance.

The security will be released back to Faraday after it has built at least 1.6 million square-feet on the site and has generated revenue from selling cars.

Additionally, Faraday said it will deposit about $3 million in an escrow account by mid-March and another $10 million by mid-May to finance its share of bringing utilities to its site, as well as engineering and preliminary construction of proposed water, wastewater and rail facilities to the Apex complex."

What Faraday Future will actually be making in Las Vegas, would now seem to once again be the question of the day, as so far only a "not headed to production" FFZERO1 concept has been revealed.  For its part, Faraday says a road-worthy production car will arrive in about two years.