Honda has begun sales of its hydrogen fuel cell model Clarity Fuel Cell in Japan(see presentation in Tokyo from 2015), but the rollout is very conservative to say the least, with only 200 units planned in the first year.

Moreover, the Japanese company will also focus on local government bodies or businesses:

"For the first year of the Clarity Fuel Cell launch in Japan, Honda will focus on lease sales mainly to local government bodies or businesses Honda has already been working with for the popularization of FCVs. During this period, Honda will collect information about the in-market use of the Clarity Fuel Cell as well as the external power output device and gather diverse opinions and requests from customers and other relevant organizations, and then later begin sales to individual customers." 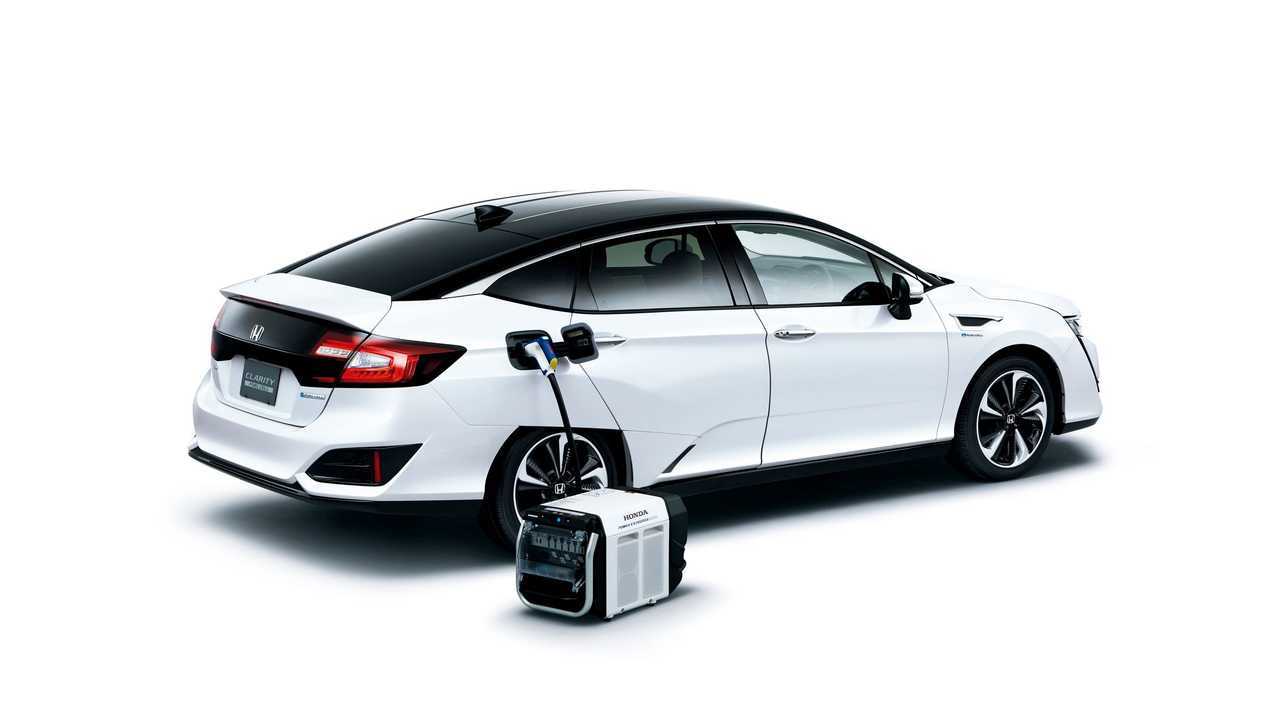 On sale will be also the portable external power output device - Power Exporter 9000, which enables powering of auxillary electric appliances using CHAdeMO inlet. The cost however is quite prohibitive for such a lucuty at 1,180,000 yen (nearly $10,400).

Unlike the Toyota Mirai, Honda Clarity Fuel Cell is five seat sedan - the first one in production.

Honda was one of the first automakers to begin focusing attention on hydrogen as a possible solution for issues such as global warming and depletion of fossil fuels. Honda has been positioning the FCV, which emits only water, as the ultimate environmentally responsible vehicle and has taken a proactive approach to the research and development of FCVs since the late 1980s.

In 2002, the Honda FCX became the first fuel cell vehicle in the world to be certified by the U.S. Environmental Protection Agency (EPA) and the California Air Resources Board (CARB). With these certifications, Honda began sales of the Honda FCX in Japan and the U.S. In 2008, Honda became the first automaker to begin sales of the FCX Clarity, which featured an innovative sedan-type package and unprecedented driving experience. The all-new Clarity Fuel Cell was developed based on various data related to the ease of use and driving performance of these previous Honda FCVs.

With the goal to make a contribution to the forthcoming hydrogen energy society and to realize the joy and freedom of mobility and a sustainable society where people can enjoy life, Honda will continue taking on new challenges in the area of hydrogen technologies including the Smart Hydrogen Station, FCVs and external power output devices under the concept of “generate, use and get connected.”"