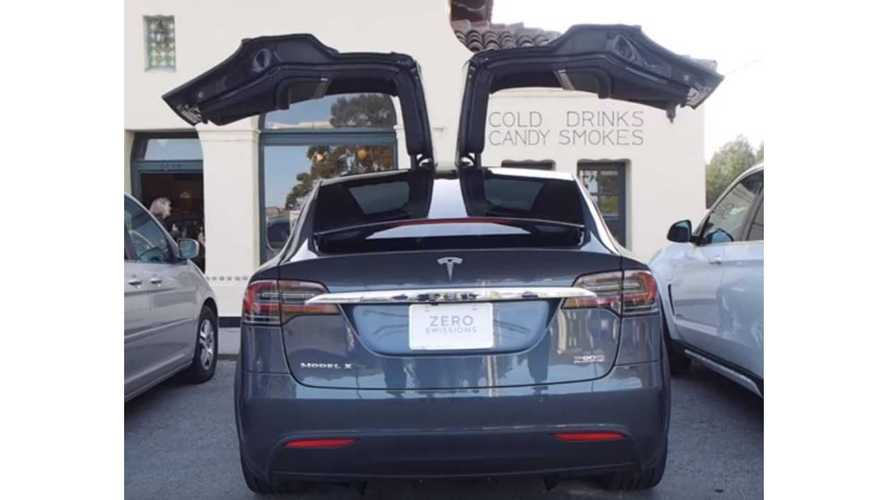 One of the most recognizable features of the vehicle are the falcon wing rear doors. Also shown are the self-presenting front doors.

Next, the driver shows off the self-leveling air suspension. The car can be raised and lowered to multiple heights using the touchscreen on the dashboard.

Third, in-car Internet browsing. It looks like a standard tablet or laptop screen in the center of the dashboard.

One of Tesla's innovations generating the most press is the summon mode. The user commands the car from a Smartphone. It will drive "safely" on its own and park itself.

Last, is a demonstration of the infamous Ludicrous Mode, with the car nearly "leaping" off the line for a 0-60 run in 3.3 seconds.

Towing capacity, with the easily removable standard hitch, didn't make the top five list, but is noted near the end of the video. Reports confirm a 1.25 inch hitch as standard equipment with an option for a 2-inch as an upgrade.