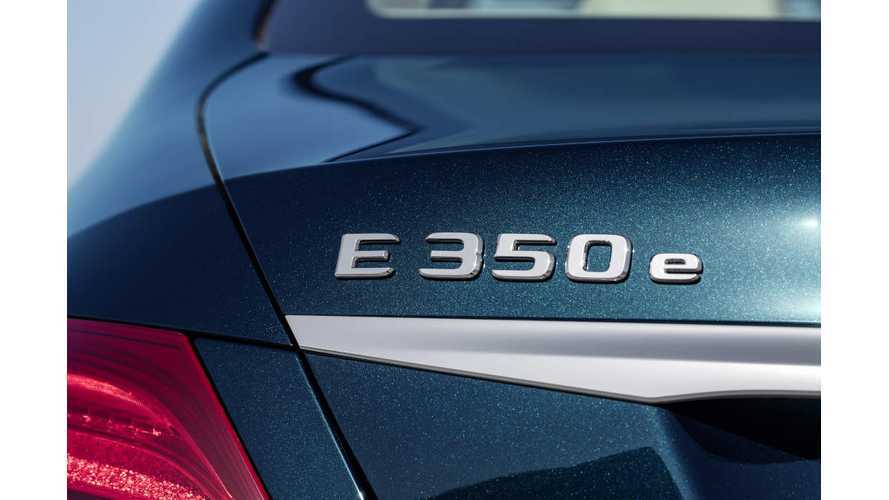 Mercedes-Benz has revealed specific details regarding its upcoming E 350 e PHEV (unveiled in the US recently at the NAIAS in January), including specs, assistance system, and DRIVE PILOT.

The specific details are still Euro-based, but the company also notes that the E 350e will arrive in the US in late 2016.

4MATIC permanent all-wheel drive with ESP stability control and the 4ETS (electronic traction system) will be standard on all E-Class vehicles.

The Mercedes-Benz E-Class has become the first production vehicle to receive a testing license for autonomous driving in Nevada. To do the testing, the company only has to make a few simple adjustments to the software for the assistance system. No changes to hardware are necessary.

E 350e From Its World Debut Earlier This Year In Detroit

Pricing has not yet been announced.