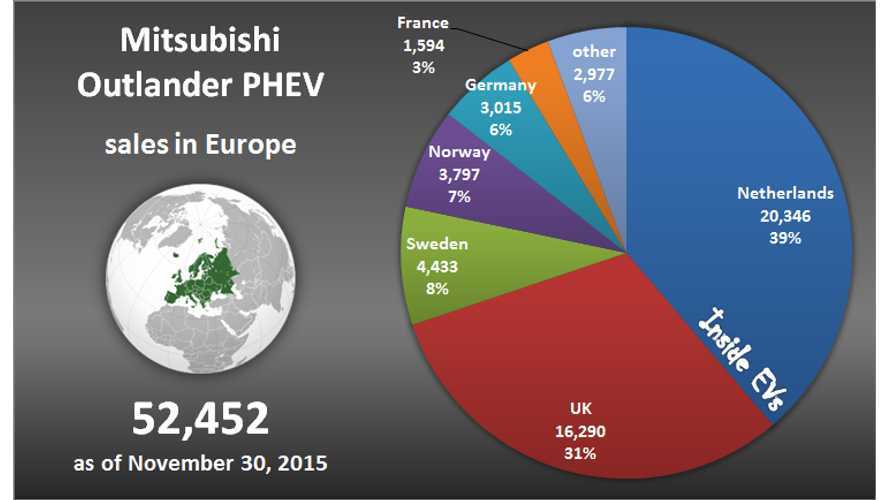 Since late 2013, Mitsubishi has delivered 52,452 Outlander PHEVs in Europe.

In Europe, 39% of Outlander PHEV sales come from the Netherlands, while additional 31% come from the UK. This clearly indicates that sales are driven by favorable policies and incentives.