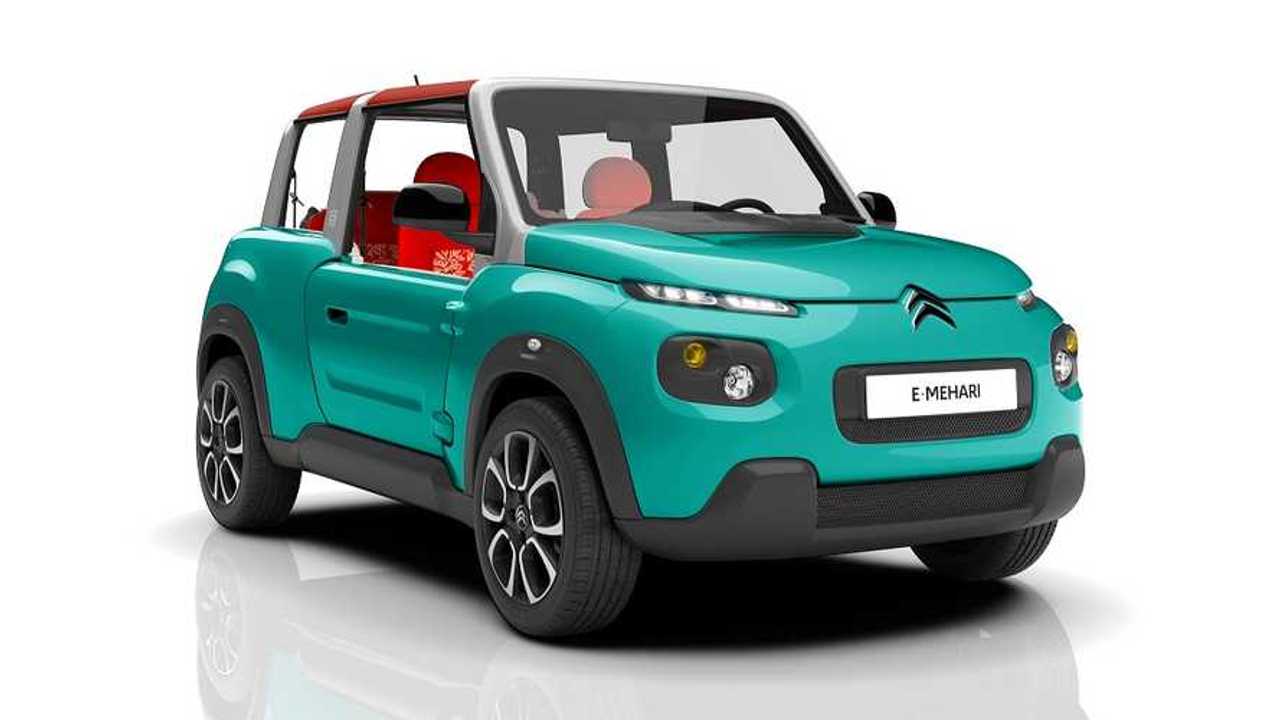 For those of us who don't recall the "original" Mehari introduced in the late 60s by the French automaker, and sold through 1988, we have attached an early promotion video below to.

But the basic idea was that the Mehari was a fun, off-road, compact SUV.

What else do we know?  The word Méhari is actually a term for a fast running Arabian camel - whatever meaning that might have to the Citroen today, we aren'tsure.

History lesson out of the way, Citroen has surprised everyone by bringing back the Méhari as an obscure electric vehicle built in the same spirit (see video above for proof).

The new "e" version of the car has obviously added a load of safety features not found in the original version, and has some decent electric credentials:

Pricing is from ~€24,000 (+battery lease), but full performance details have yet to be released.

Yes, It Is French, Why Do You Ask?

Looking at the color schemes available this is certainly aimed at the niche "young, hip and headed to the beach" crowd - blue, yellow orange and old-school Mehari beige. The roof can be separately be optioned in orange/red or black.

If the overall design looks familiar to you, it is because there is a Bollore Bluesummer EV under there somewhere (of which PSA now manufactures for Bollore).

The E-Mehari will launch in the Spring in France (elsewhere in Europe by the end of 2016), and be produced out of  PSA Peugeot Citroen plant in Rennes.  The compact SUV will officially debut in Paris "within the Eco Driving Center in the framework of the COP 21, at the PSA Peugeot Citroen’s headquarters" on December 9th.

Video Below: Citroen has also held a press day with the E-Mehari today (en français)