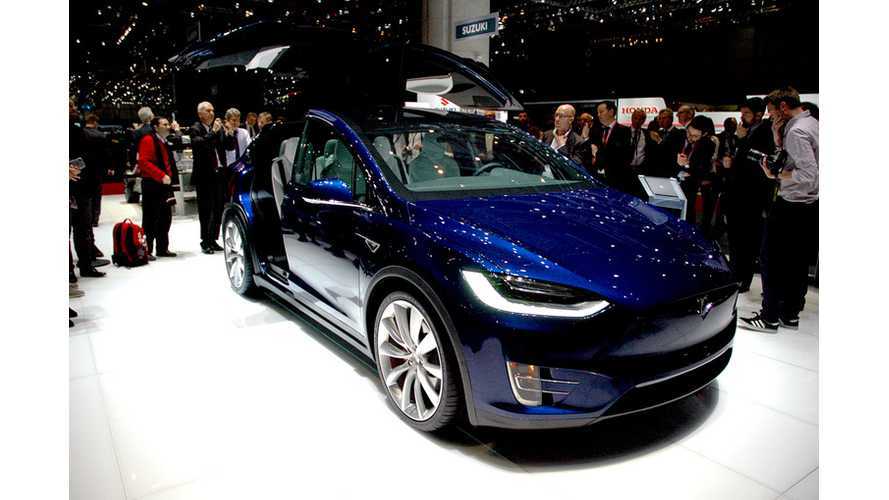 Anxious Canadians finally received pricing on their Model X reservations this week (Tuesday), and thanks to some particularly ugly currency swaps over the past 3 months and a Model X built in California, some sticker shock has ensued.

The pricing basics for Canada (all figures plus $1,300 DST):

The reason for this descrepency is fairly simple - it's the currency swap.

As such, we expect Tesla to adjust these prices down quickly as many Canada reservation holders have balked at these numbers (more on that in a bit).

Simply put, the Canadian dollar had a precipitous drop beginning December 5th and lasting through January 19th, moving from a value of 75 to 68.5.  A 10% move such as this in just ~5 weeks is almost unheard of.

The Canadian dollar's fall was due to the further collapsing of oil prices in the first 6 weeks of the year (something Canada relies on heavily for revenue), and an interest rate environment on the wrong end of the dollar trade (up in US, down in Canada).

At the time, it seemed like the drop was near endless, and the Canadian dollar would be depressed for an extended amount of time.  Clearly, Tesla reacted to this situation at this time and acted accordingly.

Tesla Priced The Model X Only Recently...But Not Recently Enough

However, as quickly as the dollar fell, both of those factors have now flipped  - and mostly over the past 2 weeks.

From late January, Crude has gained ~35% and the prospect for those 4 previously forecasted US interest rate increases have vanished, while at the same time, the talk of Canadian rate decreases have ended.  The net result has caused the Canadian dollar to move from being worth 68.5 US cents all the way back to 75.3 cents.

So the trend which had seemed to doom the Canadian dollar to continue to fall to new lower lows (and of which Tesla reacted to when pricing the Model X), has now made a complete about-face, and now looks to continue the recent strengthening trend going forward.

Our nutshell advice to Canadians (and no Tesla won't like this), let Tesla know you won't be ordering your Model X until someone at the company picks up a recent copy of the Financial Times to learn that the world has once again changed.  Or if you aren't into complaining, just sit on your hands for awhile...Tesla will figure it out.