Volvo: One In Five Of All Volvo XC90s Sold Is A T8 Twin Engine Plug-In Hybrid 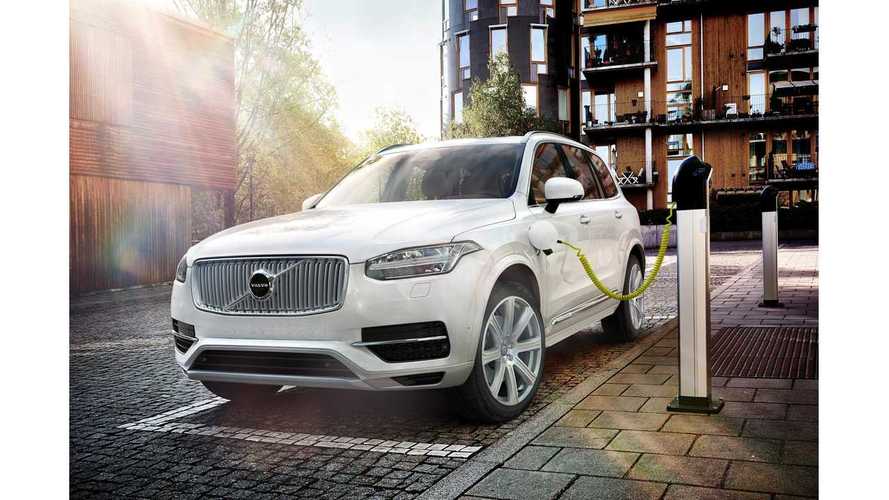 Volvo recently released an interesting note that the plug-in hybrid Volvo XC90 T8 Twin Engine accounts for one in five of all XC90 sales.

"Volvo Cars, which has a rich heritage of research and development in electric vehicles stretching back over 40 years, is one of the leading car makers in the field of plug-in hybrids with its Twin Engine technology.

Already now, one in five of all Volvo XC90s sold is a T8 Twin Engine plug-in hybrid."

In the best case scenation, at 20% share it would mean that T8 Twin Engine has already passed the 10,000 unit milestone or is approaching it quickly. Limited Volvoès data point specifically to 2016, the result should be well over 1,000 plug-ins selling per a month.

That's certainly more than Volvo initially anticipated, and more than we ourselves originally imagined for the SUV, taking into consideration the plug-in's just 8.9 kWh battery, with 14 miles of EPA range.

It is now apparent that there is a market for such vehicles (or basically any SUV that plugs in at all), and it will further expand with improving the range/power from the electric part of the drivetrain.

Plug-in hybrid is the way to go for Volvo these days, and every new model under development today will be offered in plug-in hybrid version, which is great news for the segment. By 2019, the first pure electric Volvo also was announced.

"Volvo Cars is one of the leading makers of plug-in hybrid cars and will offer a plug-in hybrid variant on every new model as it replaces its entire product portfolio in the coming years. It will introduce a fully electric vehicle by 2019, based on its modular SPA vehicle architecture."