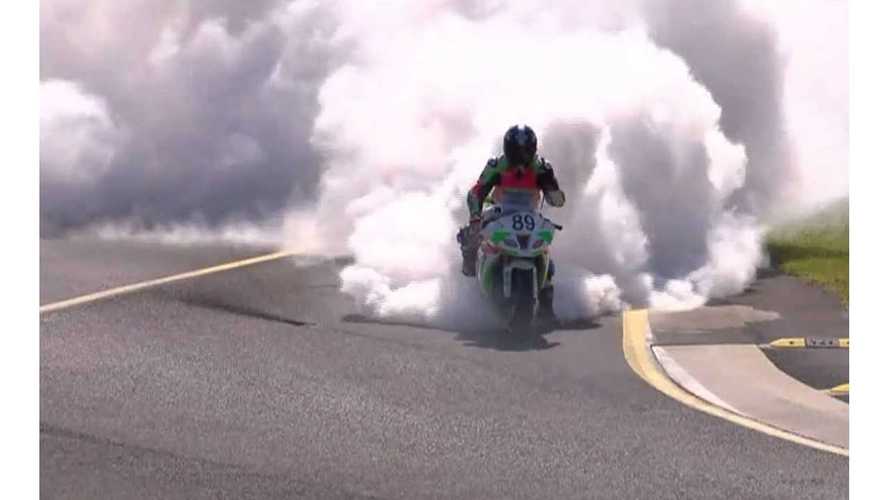 In what has got to be the most awesome display of electric horsepower applied to tires on the entire planet, Pottage and Ripperton jointly decided to end the eFXC season with a mutual synchronized burnout.  After securing pole, apparently the boys decided Voltron needed a bit of work, resulting in a rare shot (from the Facebook page) of the bike naked, and sporting it's huge motor.

And the final standings:

We also saw the return of our old favorite, Catavolt, to the grid.

This has been an epic season of racing for the eFXC, seeing some stiff competition raised by the Varley team, finally overcoming a slew of technical problems, and ultimately facing some serious hurdles attracting sponsorship for the coming seasons - while it's some of the best electric racing in the world, with a handful of machines that make gas bikes shudder, it's been a small grid - both expensive to field, and hard to get return on sponsorship dollars.

The video, however, shows you just what electric racing is all about - stiff competition, a world-class pace,  and some reliable machines that still have some room to grow into their boots.  Enjoy:

Voltron-Evo last race 2015Onboard Volton-Evo for the last race of the 2015 Season. See how hard all the bikes are pushing with some great racing and a celebration skid at the end.