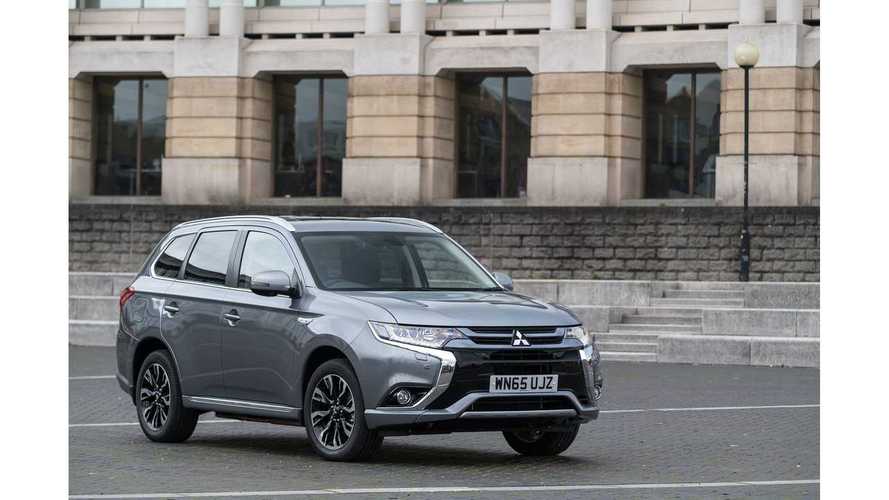 Year 2015 shouldn't be different as Outlander PHEV is improving its position and received reinforcement in the form of the 2016 refresh.

This year, sales will easily exceed 25,000 (as the model is already just a whisker under that number through November). Other plug-in hybrid or all-electric models will be left behind by around 10,000 units or so. (Golf GTE ~12,000 through November)

The Outlander's 12 kWh lithium-ion battery isn't that big, but electric AWD and a combination of other features makes this SUV special, which is clearly reflected in sales volume.

Mitsubishi chairman and CEO Osamu Masuko is thankful to all the staff in Europe for making Outlander PHEV  the#1 plug-in electric car in Europe (by the way, there's a chance it could be #1 in Japan this year too).

"Mr. Mitsubishi is in town to say thank you. Osamu Masuko, chairman and CEO of Mitsubishi Motors since last June, has arrived at Heathrow and will soon head 100 miles west down the M4 to the headquarters of his UK importer in Cirencester, Gloucestershire, to congratulate bosses and staff on a key role in establishing the Mitsubishi Outlander plug-in hybrid SUV as Europe’s best-selling electric car."

Meanwhile, the U.S. is still awaiting its chance to order the Outlander PHEV (Spring 2016 - May). Perhaps Mitsubishi is just double checking whether or not Americans still like SUVs.