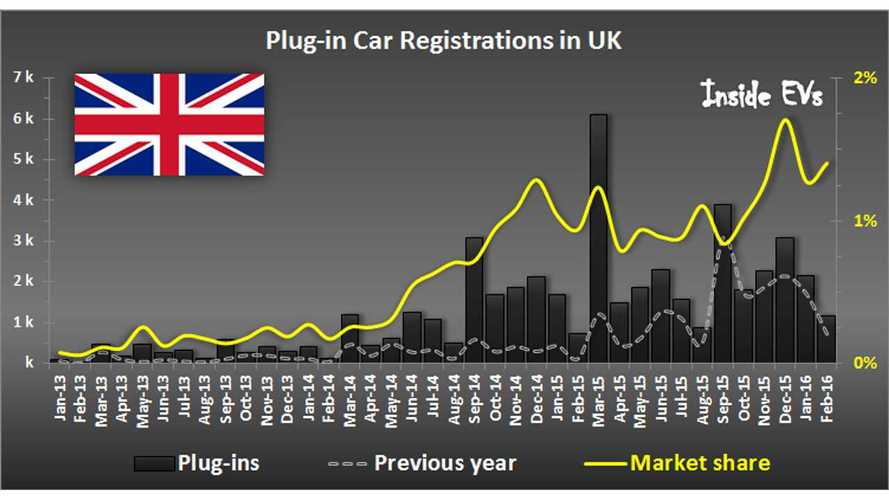 Pretty encouraging plug-in electric car sales results are now coming from the UK, where EVs reached its second highest market share ever in February - up to 1.41%, compared to 0.95% year ago.

The UK market is currently dominated by plug-in hybrids (lead by the Mitsubishi Outlander PHEV), which are fueled by changes (decreases) to the Plug-In Car Grant.

The big bump of plug-in car sales in UK is still just ahead, as March is one of the best sales month in the year. One year ago over 6,000 were netted!