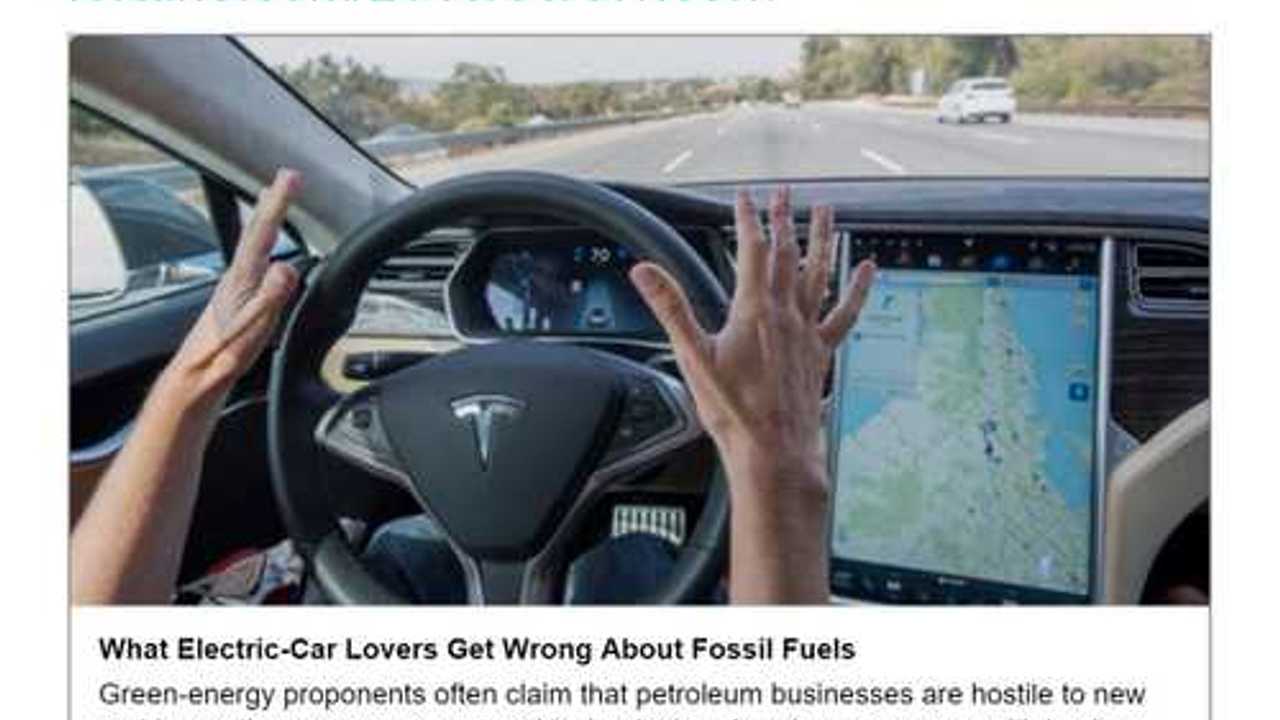 This comes after a recent article that stirred the pot on the issue, and that motivated Tesla boss, Elon Musk, to reply with a tweet.

Mahoney explains that Koch industries has nothing against electric vehicles. He says, in fact, that the company supports and invests in multiple forms of energy as it sees the value of all. What the company doesn't support is the government mandating which form is best and then promoting it through tax breaks.

"Taxpayers shouldn’t be forced to subsidize the lifestyle choices of the wealthiest 20%. Koch opposes all market-distorting policies, including subsidies and mandates—even if they may benefit the company. These subsidies and mandates often prop up companies and industries that would otherwise fail, and this is precisely the type of corporate welfare that has become all too common in today’s political system."

His belief is that people should be able to make their own choices about which form of energy fits their lifestyle best, and then move forward on their choice at fair market prices. Companies should succeed or fail based on their own merits and not due to government assistance.

“Without access to energy, the poor are stuck in the dark, denied all of the economic, social, and health benefits that come with power. So if we really want to help the world’s poorest families, we need to find a way to get them access to energy they can afford.”

He makes it clear that currently, fossil fuels are abundant and are the main source of today's energy supply. This being said, Mahoney assures that fossil fuels are the "best" option for most, and especially for those at the lower end of the pay scale.

But are we not developing and planning for the future? How many companies over the years have received government assistance, incentives, etc., and eventually succeeded? Closed-mindedness, lack of innovation, and stifling ULTIMATELY better technology, should not be the goals or actions of our government or society!

Chelsea Sexton, an electric car advocate, tweeted "Shocked" about the post. Well, we're not too shocked when it comes from someone involved with Koch Industries.