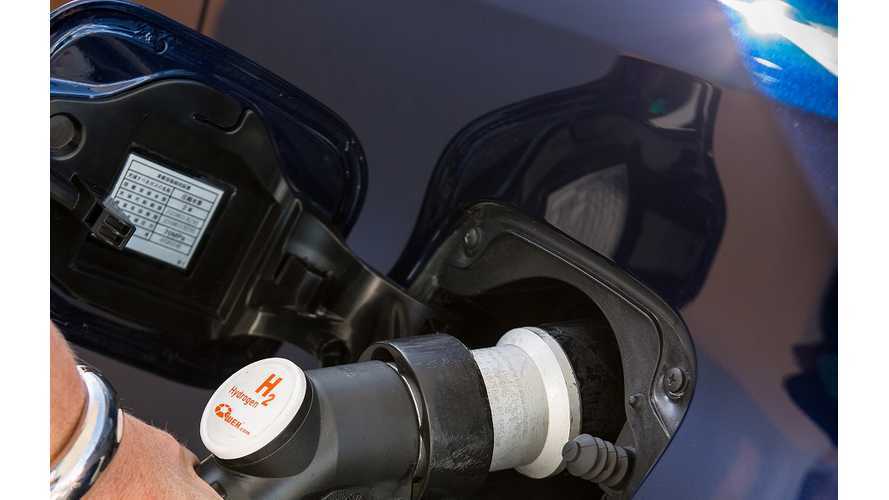 Hydrogen fuel cell cars don't have an easy life due to the scarce hydrogen infrastructure.

According to Bloomberg, some of the early trailblazing customers are now delaying purchase of the Toyota Mirai due to lack of infrastructure.

In the most hydrogen-friendly state, California, there are only 4 hydrogen stations open for retail, while another 6 are pilot demonstration sites not ready for commercial operation.

Toyota decided to use temporary mobile hydrogen stations from Air Products & Chemicals Inc. at Mirai dealerships but those are only half of the 70 MPa (approx. 10,000 psi) pressure - which means you can fill up only half of the 5.0 kg (11 lbs) of hydrogen and your range will be only half (156 of 312 EPA miles). Moreover, you need to visit it at least twice as often, but not all are optimally placed.

"Toyota Motor Corp. will supply temporary hydrogen stations to California dealerships selling its Mirai fuel-cell sedan as some buyers put off taking delivery of their cars until refueling infrastructure is set up."

Air Products's mobile hydrogen stations are equipped with batteries and solar power, according to Bloomberg. So, we believe that hydrogen is produced on site using electrolysis, but who knows - maybe they just call in a hydrogen truck (see video below)?

"With capacity for about 85 kilograms, they can supply hydrogen to about three dozen cars."

"Dealers will keep the stations on their premises or nearby for as long as it takes for infrastructure to catch up..."

Here are specs for the Mobile Hydrogen Fueler: