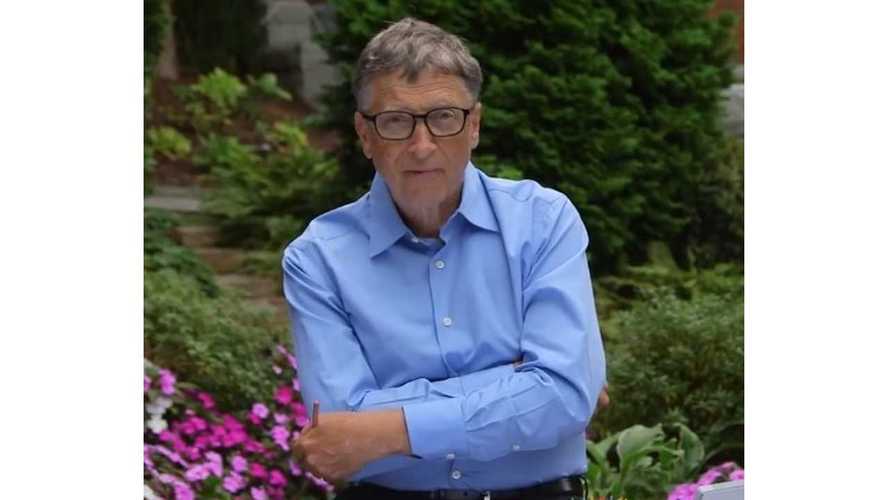 Plug In America Weighs In On Recent Comments By Bill Gates

In a recent interview in the Atlantic, We Need an Energy Miracle, Bill Gates made some statements about our transition to a zero-carbon energy economy and electric vehicles which need to be corrected.

On the subject of existing technology and efficiency gains, Gates said:

"But what we’re asking ourselves to do here is change energy—and that includes all of transport, all of electricity, all of household usage, and all of industrial usage. And those are all huge areas of usage. And somebody’ll say to you, “Well, hey, lighting, LED technology, is going to reduce energy consumption from lighting by over half.” That’s true; it’s a miracle, it’s fantastic. But unfortunately, there’s no equivalent in many of these other things, like making fertilizer or making electricity in a general sense. There’s opportunities to conserve that are really good. But the world is going to consume much more energy 30 years from now than it does today."

Is An EV Dirtier Than Gas Someplace In This World? And Does That Data Point Even Matter?

Like LED light bulbs compared to incandescents, electric vehicles are over twice as efficient as comparable gasoline cars. From an energy efficiency standpoint, the EPA rates the two best selling all-electric cars, the Nissan LEAF and Tesla Model S, at 114 and 101 MPG-equivalent, respectively. That’s about three times the efficiency of the average passenger car in the US (36 MPG) and twice the efficiency of the best hybrid (50 MPG). It’s just physics: electric motors are far more efficient than internal combustion engines.

Further, electric cars aren’t just more efficient, and thus less expensive to operate, they are actually better than gas cars. They offer smooth, instant acceleration and a quiet ride that just can’t be matched in a gas car. They are also far more convenient to fuel. Like your cellphone, you plug them in overnight to have a full charge in the morning. People don’t realize how inconvenient going to a gas station is until they experience the electric alternative.

Later, Gates mentions electric cars by bringing out a tired argument that is both misleading and irrelevant.

"People think, Oh, well, I’ll just get an electric car. There are places where if you buy an electric car, you’re actually increasing CO2 emissions, because the electricity infrastructure is emitting more CO2 than you would have if you’d had a gasoline-powered car."

This argument has been thoroughly discredited. In their 2012 report, State of Charge, the Union of Concerned Scientists state: “There are no areas of the country where electric vehicles have higher global warming emissions than the average new gasoline vehicle.” In a more recent study, they found that over the full vehicle life, from manufacture to disposal, electric vehicles generate half the emission of the average comparable gas car.

Even if Gates’ statement were true, it’s beside the point. As he strongly argues, we need to stop burning fossil fuels to produce electricity. We also need to stop burning oil for transportation. Making each of those transitions is vital to humanity and each will take decades. We cannot wait to do one before we start working on the other.

Editor's Note/About the Author: This article was penned by Tom Saxton, who serves as Plug In America’s Chief Science Officer, and was submitted to InsideEVs for publishing

Electric vehicles have the compelling advantage that they can run on any source fuel which can be turned into electricity. Whether we transition to a zero-carbon economy by conversion to current, proven technologies like wind, solar, and geothermal, or some new technology, electric vehicles enable efficient, zero-carbon transportation on our existing low-cost power distribution infrastructure. Regardless of the specific technology, electric cars get cleaner in lockstep with our grid getting cleaner.

We don’t need an “energy miracle” to dramatically reduce our reliance on oil for personal transportation. Electric cars are practical, affordable, available today, and getting better every year.