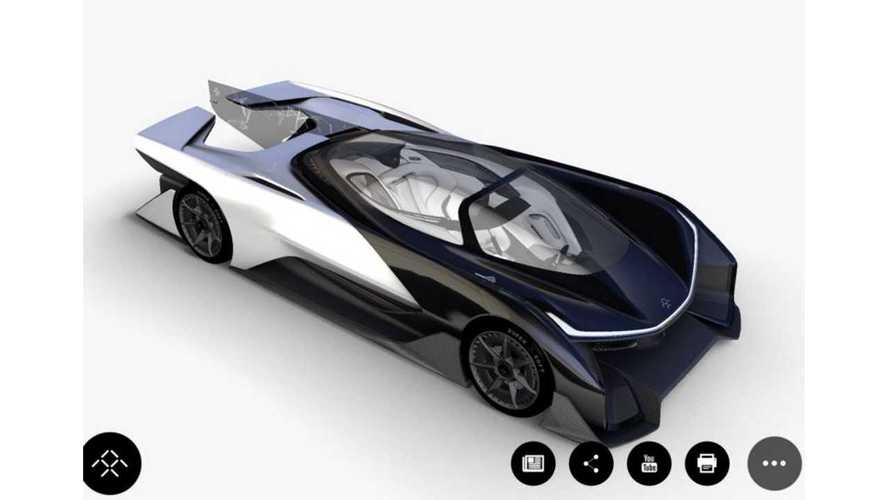 Not so long ago, Faraday Future had a bit of a romance with the market.  It was reportedly a well funded, 'Tesla-competitor', complete with a highly anticipated, upcoming EV debut ready to change the world - and ultimately also with a sweetheart $335 million dollar deal with the State of Nevada.

Update (March 7th, 8:00pm):  Good news!  We have just received news from the supplier that it has been paid in full by Faraday.

Faraday Future Gets $335 Million In Incentives From State Of Nevada

It turned out that the high profile debut was more of an concept (the FFZERO1 shown above), than a production-intent vehicle, disappointing some EV enthusiasts.  Soon after, the company finances fell into question.

The result was the State of Nevada asking for a $75 million dollar bond for the company to prove its viability and shield taxpayers.

For its part, Faraday Future just promised to help guarantee some of the initial $120 million in public investments at its Apex Industrial Park in North Las Vegas, although the State Treasurer Dan Schwartz still has some questions if this money can be raised.

"I think it's pretty clear they don't have the money right now," Schwartz said to the AP (via US News). "Faraday has to go out and raise the money, and a lot depends on their ability to go and do that."

On January 25th, Faraday Future Curiously Tweeted The Start Of "Clearing The Way" For Its North Las Vegas Production Facility

Further casting some doubt on Faraday's current fiscal state is a conversation InsideEVs had with one of its suppliers (who wishes to remain anonymous at this point) over the weekend about non-payment for completed goods.

"It certainly is true that they aren’t paying their vendors. They for the last month, won’t answer for us, won’t return calls and they owe us a good amount."

So, not a very encouraging sign of how things are going at the company.

As Faraday Future originally presented itself as being well-funded, the supplier in this case wanted to build a relationship with the company,  credit was extended to the company and a bill of well in five figures accrued.

"It is a chance you take when you extend credit to a new company like that, unfortunately."

Is the first wave of more stories like this to come?  Or merely a hiccup in capitalization from its billionaire founder Jia Yueting that will eventually figure itself out?  Hopefully it is the latter.

Update (March 7th, 8:00pm):  The supplier has now been paid in full, giving us hope that a new wave of capital (and a better way to communicate with sources) has been realized at the company.