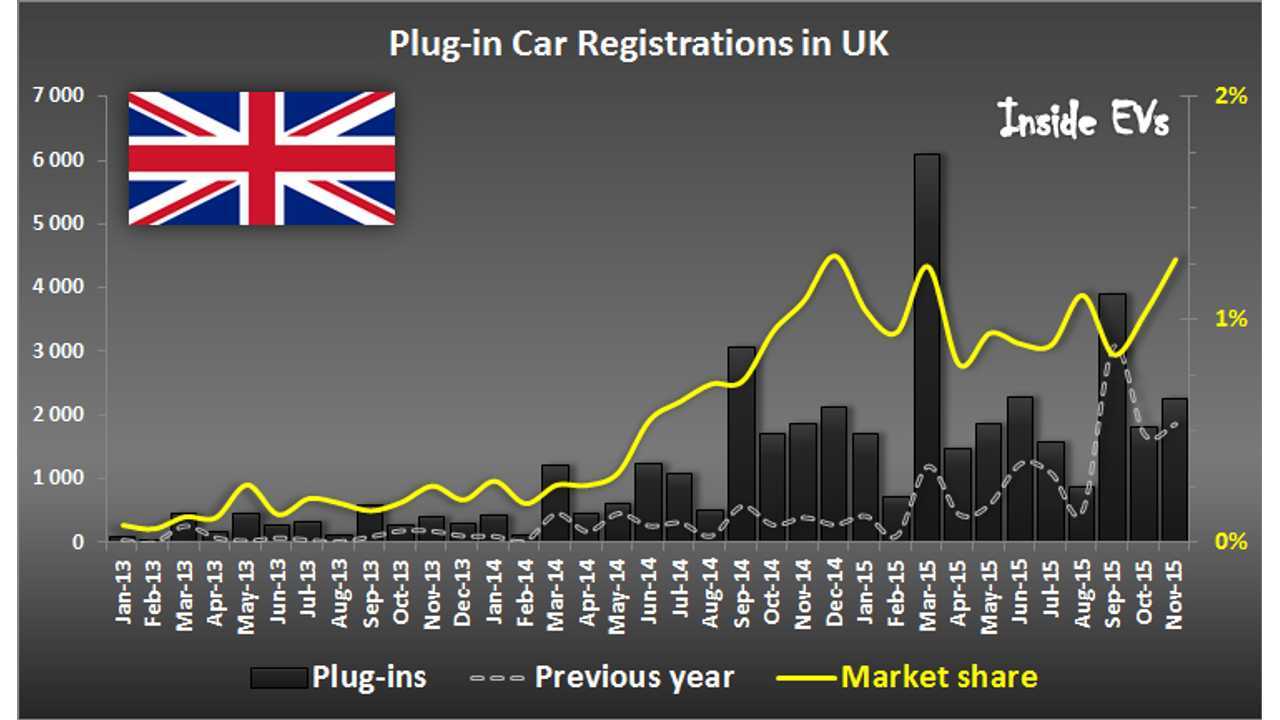 21% sales growth of plug-in electric cars last month in the UK isn't breathtaking, but the market has been growing for over three years continuously, so there's no reason to complain.

We have strong hopes that December will raise the bar even higher.

Brits prefers plug-in hybrids over all-electric cars (1,496 versus 780 last month), but both types moved up by slightly over 20% year-over-year.

PHEVs got reinforcements from the new Mitsubishi Outlander PHEV, while BEVs will be pushed higher by the arrival of the 30 kWh Nissan LEAF.