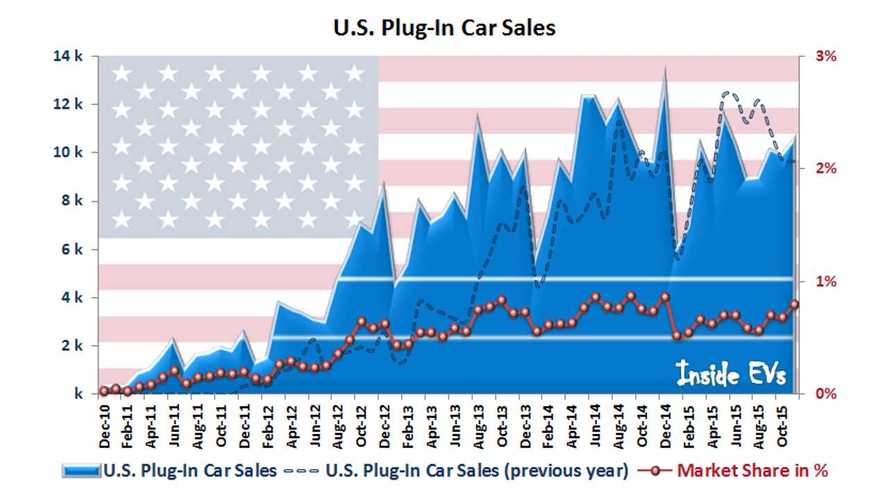 As we expected, with new model year electric cars, and some all new models, the U.S. EV market is showing some signs of growth again.

10% improvement (20% adjusted for 2 less selling days in 2015) year-over-year in November is positive sign.

Future expansion of new Chevrolet Volt sales, and the first full month of sales for the 2016 Nissan LEAF (30 kWh) should easily help to set a new record of 0.90% or more (we hope) in December. December is important from the $7,500 tax credit perspective too.

Whether or not we will see 1% market share like in UK or France depends a lot on Tesla, because Tesla is the market leader with largest number of EVs sold (22,000) so far this year in the U.S.

Numbers for Tesla are estimated:

In total, Tesla Model S, Nissan LEAF and Chevrolet Volt account for ~50% of all plug-ins sold in the first 11 months of this year in the U.S.

We are pretty sure that the Top 3 will show continued growth in the coming months, especially since both Volt and LEAF had a weak 2015 waiting on big upgrades.

Beyond 1% market share - let's say 5% - probably will be possible only with longer range, more affordable EVs, which should be entering maturity around ~2020.