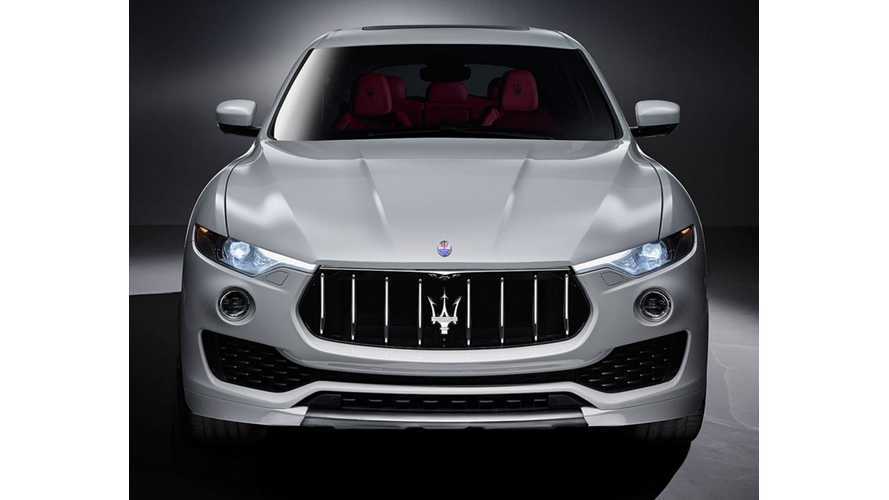 You likely won't find this quote in Maserati's Levante brochure when it launches, but Motor Trend sums up the situation well by stating:

"The Maserati Levante will be available as a plug-in hybrid using components designed for the Chrysler Pacifica minivan."

Maserati CEO Harald Wester has confirmed that a Levante PHEV is coming, perhaps as early as late 2017, but more likely in early 2018.

Quoting Wester on the Chrysler tie-up aspect of the Levante PHEV:

“A standalone program would be suicidal so we have to look at FCA."

Wester expects the take rate for the plug-in version to be around 6%, which to us is a low figure.

The conventional V6 -powered Levante goes on sale starting in Europe this May. The U.S. should see the Levante by August. Pricing has not yet been announced.

Motor Trend did state something that we had not yet heard regarding the Pacifica's plug-in hybrid powertrain:

"The hybrid system is being developed for rollout across the FCA lineup."

The Levante shares no other components with the Pacific or Pafica plug-in hybrid.