Working At Tesla Is #2 In Both Meaningfulness & Stressful Environment 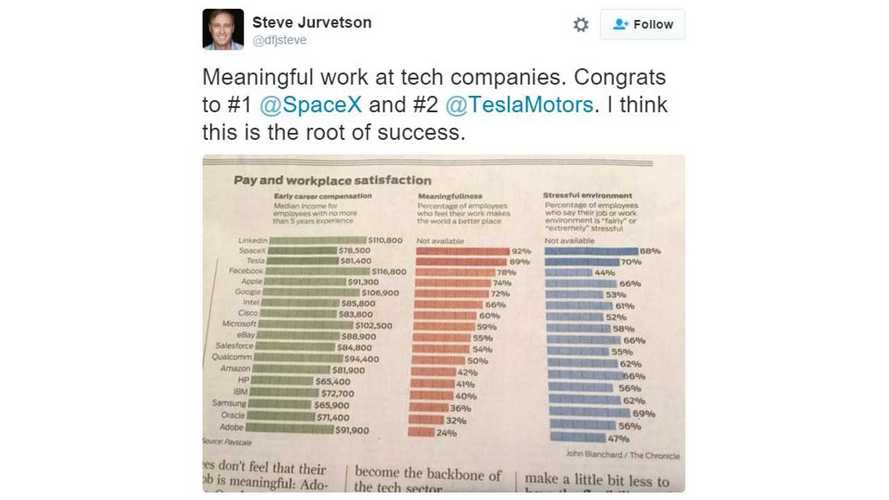 It turns out that Elon Musk runs two meaningful companies, both of which offer a high-stress working environment.

Tesla board member, Model S and X owner, Steve Jurvetson, tweeted out an image from The Chronicle which highlights both SpaceX and Tesla.

The graphic shows SpaceX and Tesla as being tops in the "meaningfulness" category and tops in the less desirable "stressful environment" category as well.

SF Gate provides some background on the graphics, stating:

"A strong urge to make the world a better place drives many employees, even when they’re working in high-stress and relatively low-paying jobs, according to a report released Wednesday by the company PayScale, which aggregates pay and benefits packages for millions of workers."

Additional findings from the study are available here.