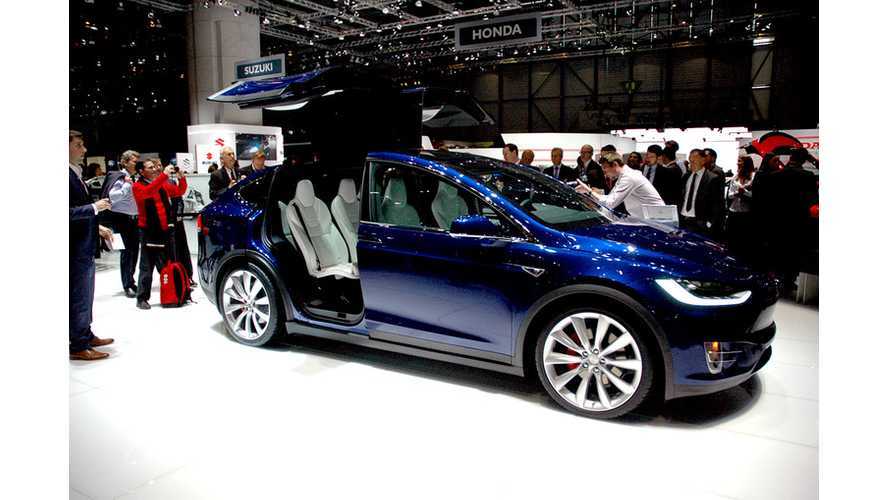 Tesla Motors next step for the battery capacity size in its premium offerings could be 100 kWh - or P100D for the Model S and Model X.

It's not official yet, but hacker Jason Hughes found and decoded the sign "P100D" in Tesla 7.1 firmware. It means that Tesla secured the number for future battery pack, which could be introduced at some point in the near future.

The story was revealed by Teslarati:

"By analyzing a series of alphanumeric characters found embedded within Tesla’s most recent firmware 7.1, Hughes was able to find a cryptographic message that would ultimately reveal that Tesla had a “P100D” in mind."

"The community at TMC (Tesla Motors Club - in this thread from February 28th) quickly went to work to decrypt Hughes message. LuckyLuke of The Netherlands validated the SHA-256 encrypted message as reading “P100D”."

Hughes said to Teslarati that you can find "90" in the firmware versions released prior to the 90 kWh battery introduction.

Well this method seems to be a great method to find out Tesla plans, but there is one minor problem. The other day Tesla notice the “P100D” tweet from Jason, and now all the signs in future software will be buried deeper into the code - so as no to steal from the Elon show.

One assumes that the 100 kWh option (and corresponding all-electric ranges north of 300 miles in some cases) is seen as a necessary move for Tesla ahead of Model 3 deliveries in late 2017. The Model 3 will be priced from $35,000 and will debut in Los Angeles March 31st. Recently, Tesla discontinued the 85 kWh versions of the Model S/X, now offering the EVs in just the base 70 kWh version and the 90 kWh version.

The 100 kWh/300 mile option on the premium/higher margin Model S and X certainly makes for a much easier 'up-sell' story to customers from the ~200 mile Model 3.

Although the news that 100 kWh vehicles are likely coming soon from Tesla might not sit well with everyone. Recent Model X owners, some of whom have patiently waited years to receive their 90 kWh SUVs, might be left feeling a little bit of buyer's remorse on the news.

Tesla response to the event overall? In a Tesla Motors Club thread (which one can read here), Jason explains there was some attempt by Tesla to reverse his car's pending software update.

"Looks like I've definitely pissed off someone at Tesla now. They used some method I was unaware of in another process to go in and delete the pending 2.13.77 update from my car.

Basically they sent the car some command that told it to restart the updater, then the updater restarted and queried the firmware server, which, to its surprise, no longer had an update for me."

Naturally, this sort of software action is looked at as more of a challenge than an obstacle.

"Fortunately I backed up the entire flash last night, so, I'll be going through and manually applying an update to my car for the first time later on if they don't undo this, since my car still has the charging bug and I was planning to install this tonight. "

As a result, the Tesla CEO even returned a tweet saying he wasn't responsible for any actions against Mr. Hughes, paying the hacker a compliment at the same time. We also note at the same time that Musk chose to not cast any doubt on the conclusions that a 100 kWh Tesla was forthcoming:

@wk057 @TeslaMotors Wasn't done at my request. Good hacking is a gift.