Renault's Innovative Second-Life Use For Lithium-Ion Car Batteries...Put Pack In A Different Car 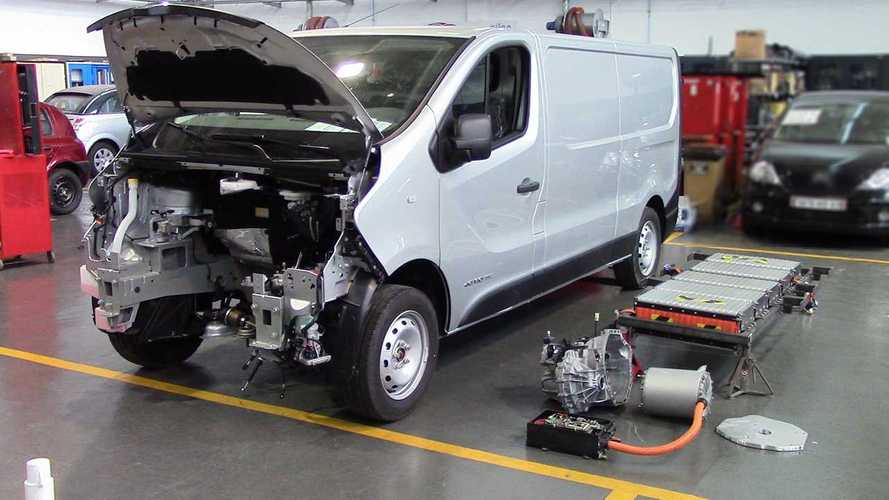 Renault, as with other electric car manufacturers, is gearing up for the “second-life” of the batteries when capacity falls below around 75% of initial capacity.

The standard application would be to use those batteries in energy storage systems, because lower capacity means lower energy density - needed in vehicles, but that's not important in ESS.

But it seems that there are other approaches to use those batteries again in other vehicles - lower-cost conversions.

And here comes Carwatt, which with help from Renault electrified an old Renault Trafic.

But is moving batteries from one car to another is viable, cost-effective solution? We're not so sure...

"On the sidelines of the COP21 summit, in the Solutions Gallery running from 2 to 9 December 2015 in Le Bourget near Paris, Carwatt and its partners —Renault, Paris City Council, BPI France, the Alès École des Mines Engineering School, and the Bobigny Business Campus — are showing a very special electric Renault Trafic. This prototype vehicle, the only one of kind in the world, is powered by second-life lithium-ion batteries recycled from Renault electric cars.

Circular economy at work with electric vehicles When, over time, the batteries of a Renault electric vehicle fall the performance threshold specified for their initial automotive power duty (around 75% of initial capacity), they can still provide valuable service in “second-life” applications before end-of-life disposal at a recycling centre. Experiments are already under way on power storage applications, for example. Carwatt develops innovative applications for using these batteries to convert used urban commercial vehicles into electric vehicles. In giving a second automotive life to these batteries, Carwatt provides a good illustration of the founding principles of the circular economy, in that the whole-lifecycle battery value is optimized through successive usages.