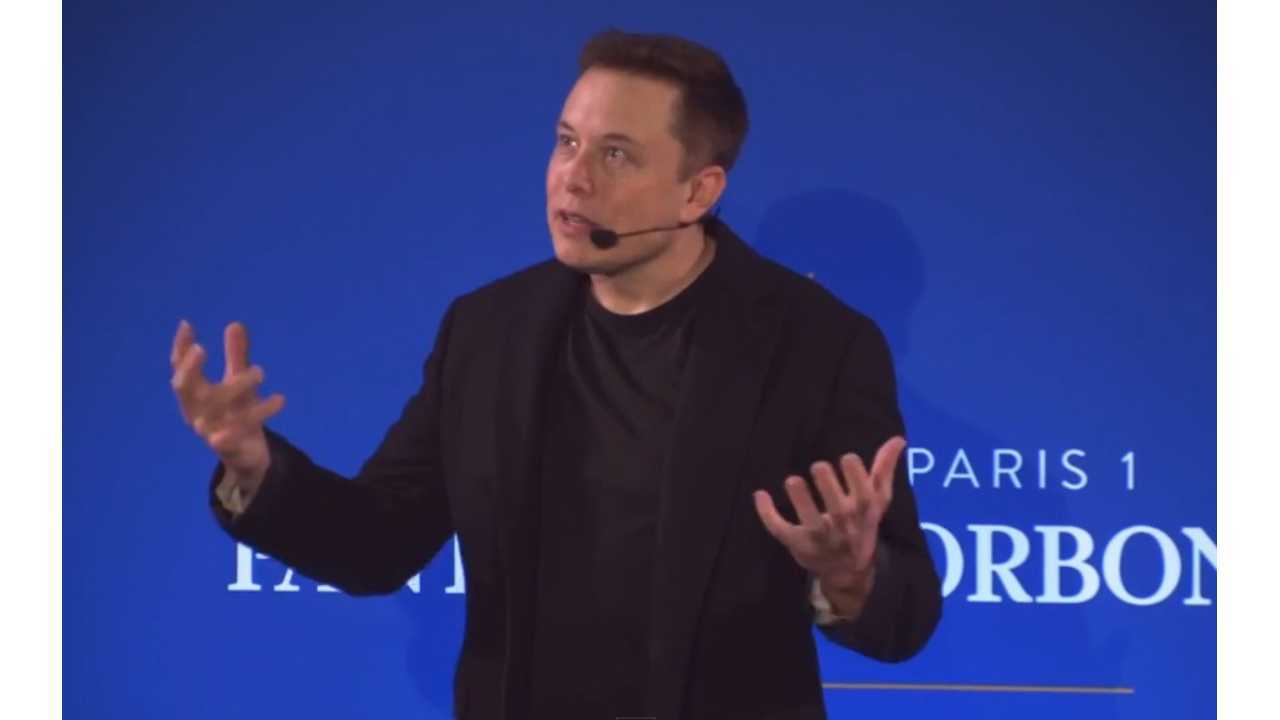 Elon Musk From The Sorbonne

Naturally, there is lots of lively debate around the topic, and how to achieve goals (which we won't cover here), instead we'll focus just on the parts of the conference centering around the plug-in automobile and how best to charge it up.

Not unexpectedly, the CEO of Tesla and President of SolarCity Mr. Musk spoke at length about getting off petrol and into all-electric transportation, as well as mixing in more solar renewable energy to the grid, in a very lengthy, yet engaging presentation (followed by a Q&S) as only the Tesla boss can offer.

Mr. Musk stated that it was a fact we are now "exiting the fossil fuel era", but how fast is up to us, and that it would easier to increase solar production over dealing with underwater cities.