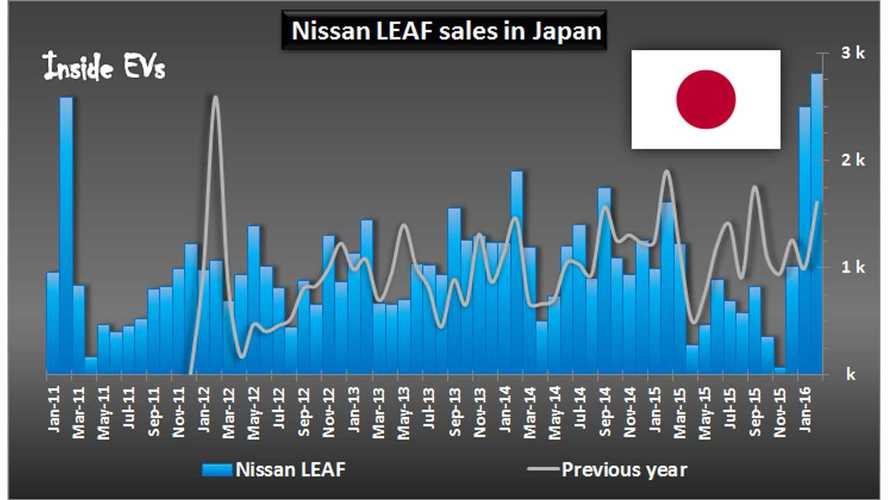 2,819 LEAFs were sold in Japan last month, which again allowed to break into 28th place!

Looking at the last two month's result onthe sales graphs shows how well the new 30 kWh version of the LEAF has been received in its home market.

The question now of course is how long Nissan can maintain this pace?  Are the 2016 results so far a backlog of new model anticipation for the upgraded LEAF  (aprx. 7 month lead time), or a new baseline for ongoing sales.