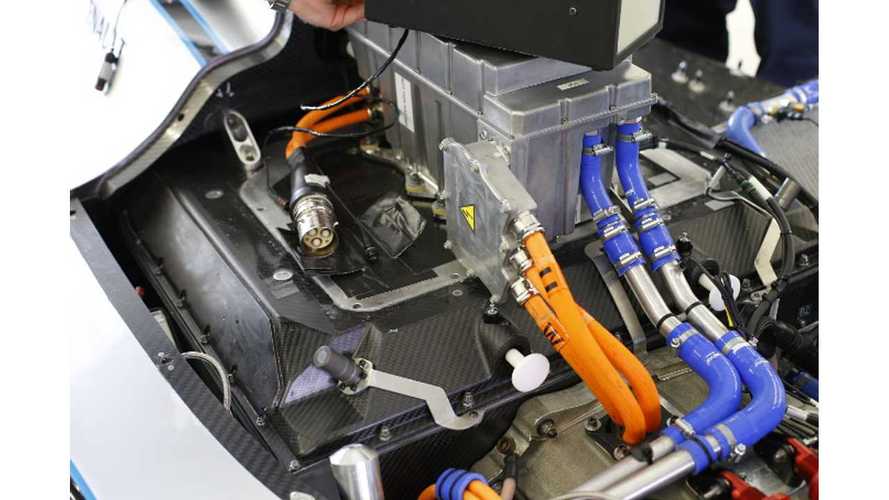 It's confirmed that there will be no direct competition in battery technology in Formula E for at least in the first five years.

But two tenders are now on the table:

We hoped to see different batteries in the fifth season,  but it has been decided that will not happen, and there is no clear indication whether the sixth season will be different.

Teams can now (in the second season) use different motors, inverters and gearboxes with path to increase power output every year up to 250 kW in 5th season.

Formula E expects that the battery in the 5th season will be energy dense enough to use only one car for the whole race distance. Current pack energy is 30+ kWh (28 kWh is usable for teams) so the new pack should be at least in the 60 kWh range (like the Chevrolet Bolt and next-generation LEAF).

Competition in different batteries to be allowed in the next step in the future.

"The tenders are for season five of the all-electric championship, which will take place during 2018/2019. The decision lays the foundations for reaching a dual strategic aim: the use of a single car for the entire duration of the race, while also keeping costs under control.

The move follows the philosophy adopted in the evolution of the regulations regarding the powertrain: a single supplier to begin with, then open to competition in the next phase. The plan is that once the aforementioned contract period is over, entrants will be able to either develop their own battery or continue using the existing one, as is the case this season with the original powertrain."

"The decision to continue with a sole supplier for the chassis also stems from a desire to control costs. The key points of the tender were aimed at producing attractive cars that are ingrained with a spirit that looks to the future, which is exactly this championship’s unique feature.

Furthermore, this decision also maintains one of the unique characteristics of the championship, with its defining feature being the energy source - the powertrain and battery - rather than aerodynamics. With this in mind, the duration of the chassis contract will be linked to that of the battery supply. In both cases - the chassis and the battery - the existing suppliers are entitled to bid for the new tenders.

As has been the case in the short history of the championship to date, the FIA and Formula E Holdings will work together to harmonise the regulations with technical developments in the electric mobility sector, thus strengthening still further the links between racing and the realities of daily life.

The two tenders will be posted on fia.com on March 8 and candidatures must be in before June 8 this year."

“The decision of the WMSC means that Formula E takes a significant step forward, consolidating its position as one of the most important race series on a global level,”.

“We worked at length with the promoter and major stakeholders in motorsport to reach this result, which we share with all the Formula E teams. We all have the same vision for the long term, namely to create the best possible conditions in which to develop this new technology. We also want this sport to become the ideal platform for testing new solutions so that it is the pinnacle when it comes to electrically powered cars. At the same time we want to ensure it is accessible to all, with sustainable costs and that it provides all the prerequisites to produce a show that is attractive to the widest possible audience.”

“Opening up the tender for the season five battery supply will inspire further development in the key element of electric car technology. The new battery will be more powerful and have a longer range than the current unit. This is exactly the type of technological step change that Formula E was created to inspire. By keeping with a single supplier, we will also ensure that costs are kept under control and create a solid foundation for the continued growth of the series as a global entertainment brand.”