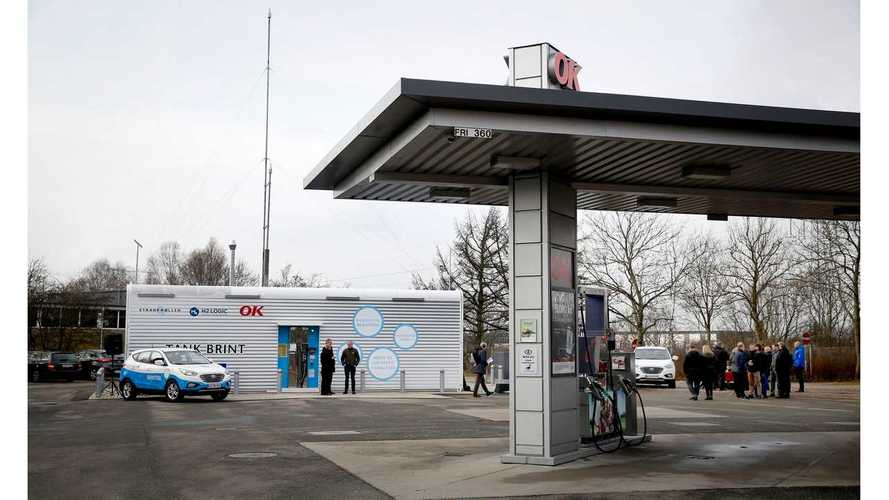 Nine stations is of course just base backbone for the network in this early stage.

In total in Denmark there is:

According to H2 Logic, all the stations uses hydrogen produced from renewable electricity using electrolysers.

Pressure of each station is 70MPa, compatable with modern hydrogen fuel cell cars.

"Today a new hydrogen fuelling station, delivered by H2 Logic, was inaugurated in Kolding. This narrows the driving distance to the nearest station in Hamburg, Germany to only 245km (150 miles) making cross-border driving on hydrogen even more comfortable. The station in Kolding is the third to open in Denmark during the past six months, and in total the ninth public accessible hydrogen station in 24/7 operation throughout Denmark – underlining the status as the world’s first countrywide hydrogen station network."

Whether the hydrogen fuel stations are ready for the mass market? Well, not really.

According to H2 Logic website, the base module H2Station CAR-100 is able to provide up to 200 kg of hydrogen per day (around 40 full Toyota Mirai refuels).

But it's not easy to produce so much hydrogen on-site - only 400 refuels annually, which is little more than one per day.

"The CAR-100 can be configured to provide up to 200 kg of hydrogen per day depending of the hydrogen supply. CAR-100 is capable of providing hydrogen for almost 400 vehicles on an annual basis, which is sufficient for several years to come. As fuel sales in a network grows and reach a level feasible for larger stations the CAR-100 can easily be relocated to outskirts of the network."

Around 10 more H2 Logic stations were installed in other countries: