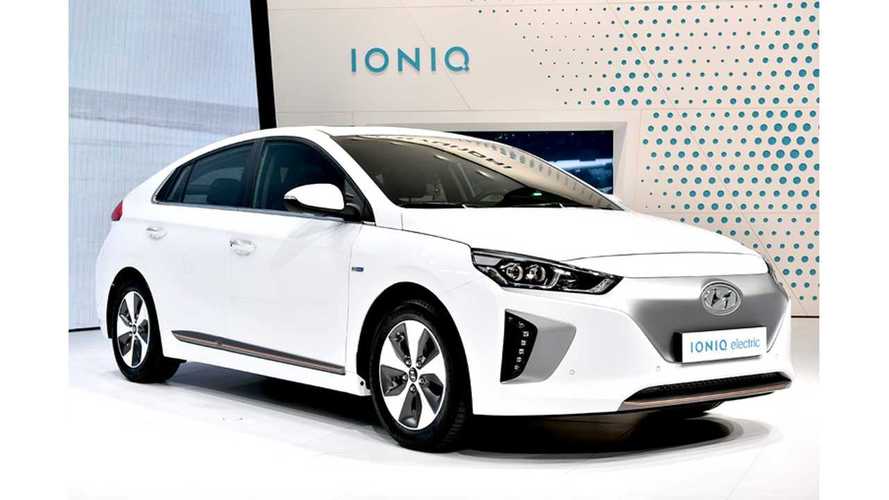 Geneva Motor Show was the first opportunity to see all three versions of the all-new Hyundai IONIQ:

Autogefühl did an interesting comparison of the cars, calling the IONIQ the most important premiere, specifically because of the three drivetrain options in one model for the very first time.

The IONIQ seems to be decent car with an impressive interior for this class. As you can see on the photos below, the pure electric version doesn't have gear shifter, but rather buttons, which is a nice differentiating feature.

There is open question about charging standard for Hyundai (and Kia) in the future. IONIQ is equipped with Type 2 AC charging inlet (for one or three phase charging depending on the on-board charger capability) and there is space to have CCS Combo (or J1772 Combo in North America) for DC fast charging. However, there is simply no space for Type 2 and CHAdeMO at the same time in IONIQ Electric.