The Chargers At Geneva - Video 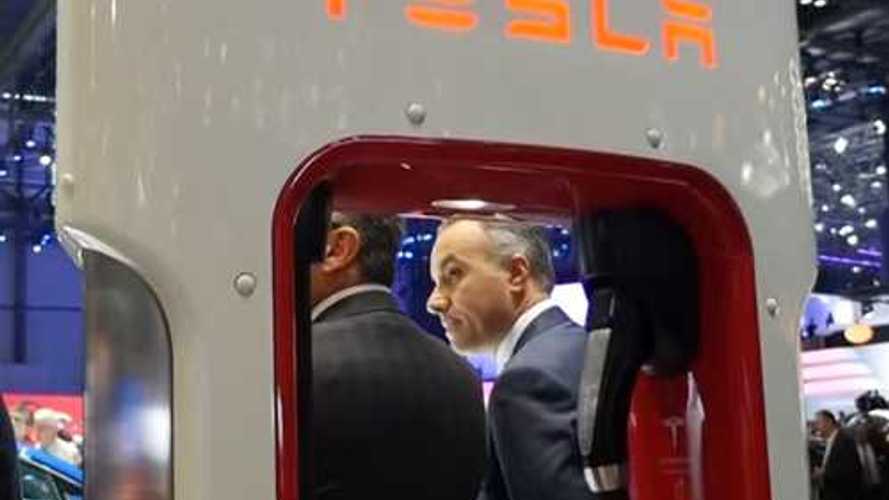 Dan Neil, of Wall Street Journal, did a "beauty pageant" for home chargers at the Geneva Motor Show.

The Tesla Supercharger is probably the most recognizable overall, and look similar to a traditional gas pump.

The BMW charger is aluminum, with LED lights and a display screen.

Volkswagen's charger looks like a Smartphone. The one showcased in the video is the "public" version. The home charger is similar, just smaller.

The LEAF charger, although not the "prettiest" of the lot, has an additional function. It supports Vehicle to Grid technology (VTG). This can reduce an owner's electric bill and also, in emergencies, could act as a power generator to a home for two days.

Dan's favorite is the Volvo charger. This unit relies mostly on the user's phone for communication.