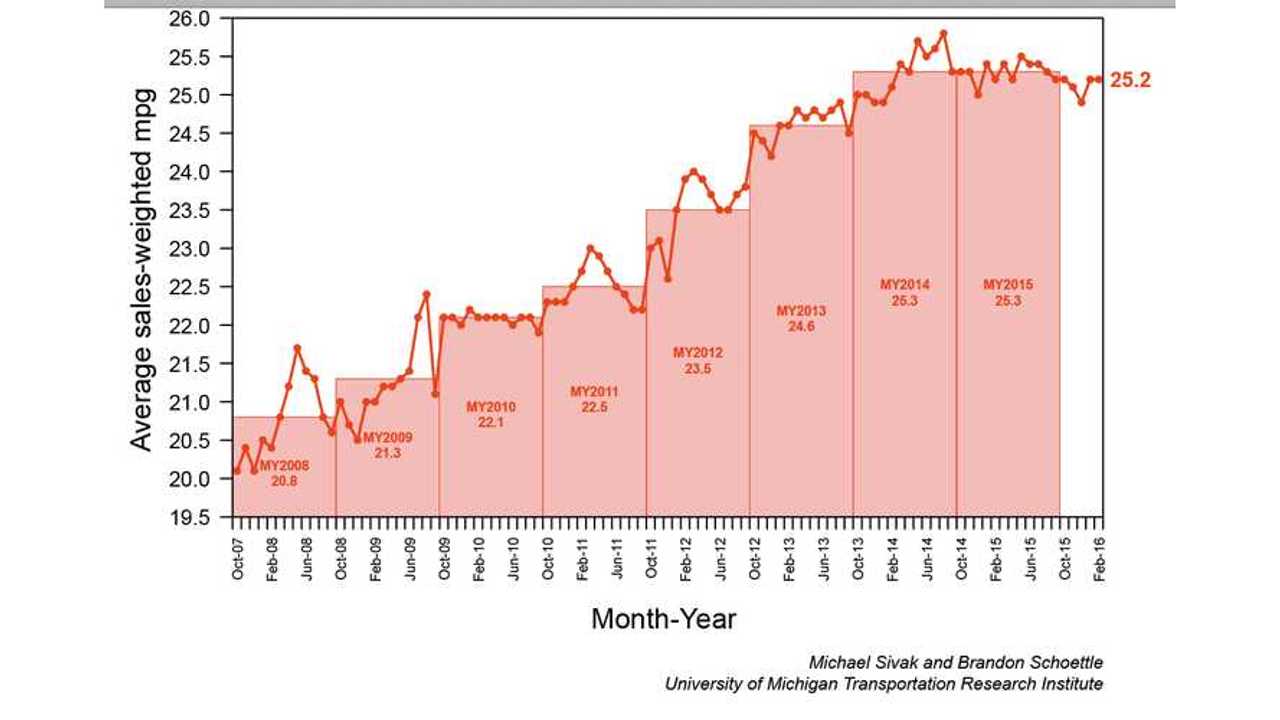 Has ICE fuel economy maxed out? At first glance, this chart does suggest it has plateaued, at least in the US, after years of consecutive progress. But TeslaMondo doesn’t like statistics or charts, not even this one. The overall product mix for the last couple of years undoubtedly has shifted to piggier vehicles, as cheap gas invites consumer complacency. So a lateral move on that chart, instead of a reversal, is a miracle.

This does raise a question. Where exactly is the ceiling in ICE technology? The diesel subset has already bumped its head on the ceiling. Ask VW. And the torch-bearing hybrid, the Prius, seems saddled by its ICE innards. Sure, it has improved its mpg from low 40s in 1997 to low 50s in 2016 while also becoming a bigger, safer car. That’s great, but is it repeatable? Probably not, hence the Mirai.

Assuming gas prices stay down, and complacency up, the only way to kick-start that chart is by rolling out a new generation of electric cars. These have to be cars you want because they’re exciting, not because they’re fuel-efficient — akin to foods that taste so good, you forget they’re good for you. The automotive equivalent of grapefruit. All eyes on March 31. We’re about to get an automotive grapefruit. If the rumored 2.o drag coefficient is true, it might even look like a grapefruit.