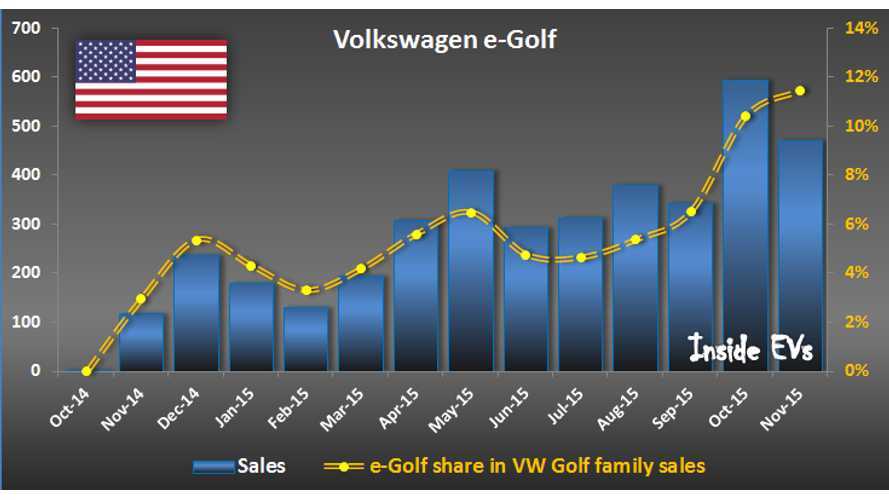 Most general automotive observers note nearly a 25% drop in Volkswagen's U.S. car sales last month compared to one year ago.

"The November sales results reflect the impact of the recent stop-sale for all 2.0L 4-cylinder TDI vehicles as well as for the 3.0L V6. The voluntary stop-sales were issued in light of notices received by the Environmental Protection Agency (EPA) and the California Air Resources Board (CARB) regarding emissions compliance."

Diesel Gate is setting in, as Golf sales sunk by 64%, but how is all this affecting the all-electric e-Golf?

However, by comparing the ratio of consumers who opt for the electric version instead of conventional Golfs, we see a clearer picture. In November 2015, 11.5% of all Golfs sold in the U.S. were e-Golfs.

Overall, share of e-Golf out of total Volkswagen sales (including SUVs) is at a record high of 1.98%, so we'd say that Diesel Gate is positively affecting e-Golf sales.