Audi Says Production Q6 e-tron Will Define The Segment, Be A Game Changer 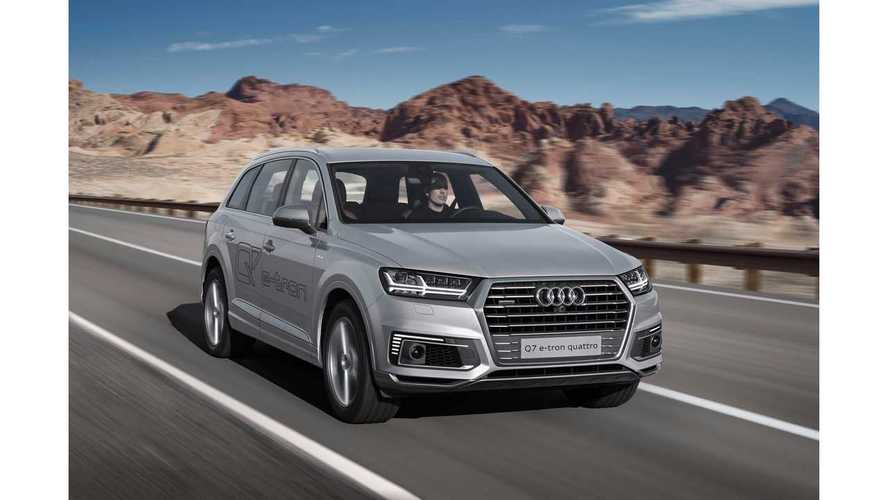 According to the extensive and detailed article over at Green Car Congress, the upcoming all-wheel-drive Audi Q6 e-tron (e-tron quattro) will set the new bar for vehicle handling and advanced vehicle dynamics control.

Audi bets on a three motor layout, with an axial motor for the front and two separate co-axial motors for the rear wheels.

Two motors in the rear brings capability of control of both rear wheels independently and if Audi manages to tame the software, e-tron quattro will “turn like a hunting dog after a rabbit”.

The two motor system for the rear is borrowed from the R8 e-tron. Siegfried Pint, Audi’s new Head of Electric Powertrain notes:

The design provides direct control of the wheels; there is no differential mechanism as in some other electric vehicle designs—a key point, Pint emphasized, for a number of factors including weight, response, and span of control.

The key is clearly the software control of the interplay of the torque of the two motors—not just for performance, but also for safety. Regulators want to ensure that the car will drive straight, Pint said. “Mis-torque vectoring” must be precluded. A massive differential torque of 5,000 N·m is possible, Pint added. (Recall the 1,800 N·m differential torque for the RS5 quattro above.)

The Audi team is very far along with the high level Torque Control Manager, which works together with the Electronic Stabilization Control (ESC) to distribute the power between the rear wheels, and on the regen controls, Pint said. There is still work to be done on control and coordination with the front motor, and with controls for the other dynamic forces involved with vehicle movement."