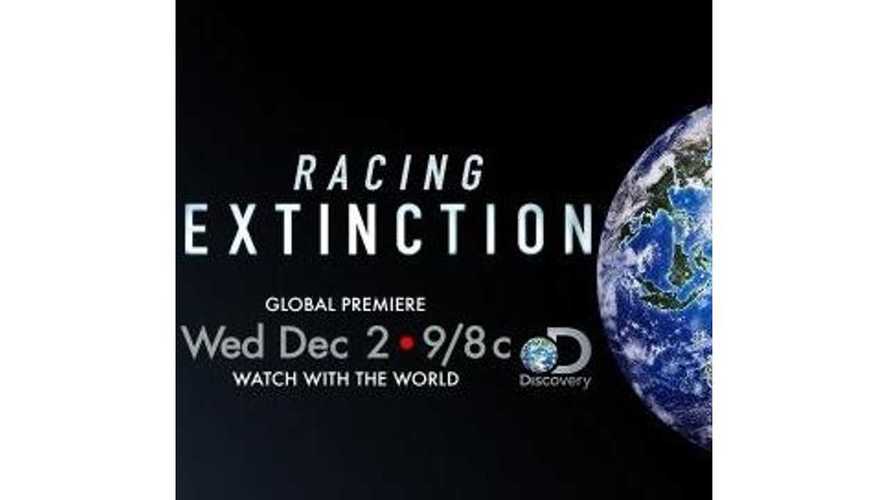 The year's most highly anticipated documentary will air tonight on Discovery.

Racing Extinction, a film featuring Leilani Munter (environmental activist, race car driver & Tesla Model S owner) and a modded Tesla Model S, will make its worldwide small-screen debut tonight (December 2) on Discovery (and at partner TV stations around the globe) at 9 p.m. EST in the United States and in local prime time in 200-plus countries and TV markets.

Accommodating all of these markets required some 50 versions of the documentary for varying languages and other needs, according to Discovery documentaries chief John Hoffman.

Discovery says that it expects Racing Extinction to become the all-time, most-watched documentary in a single 24-hour period. John Hoffman, Discovery’s executive vice president for documentaries and specials, estimates a potential audience of 2.4 billion—with 500 million plus expected to watch the show.

In a nutshell, Racing Extinction is a film that exposes the environmental and endangered species concerns that we’re facing.  The film debuted at the Sundance Film Festival back in January 2015.

Check out the Racing Extinction trailer below. Video description:

Whether infiltrating notorious black markets with guerilla-style tactics or exploring the scientific causes affecting changes to the environment, "Racing Extinction" will change the way we see the world and our role within it.