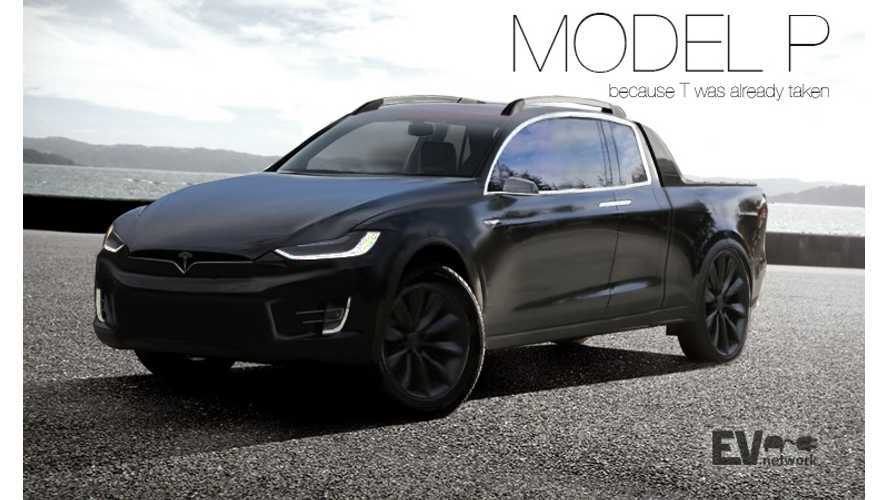 Tesla Motors has never definitively committed itself to producing an electric truck, but CEO Elon Musk has mentioned a pickup as a possibility on several occasions and that's why these renders appear here.

Courtesy of EV.network (via Tesla Motors Club Forum), these renders show an electric truck that clearly resembles the Tesla Model X. The render below adds some truck-ish elements (like a roof rack) to make the vehicle appear more hardcore.

Quoting Musk who spoke of a truck back in 2013:

“I am quite keen on building a truck and I think there’s a lot one can do with truck technology."

"One of the things that I think should be present in trucks is something like an air suspension that dynamically adjusts the load and sorta keeps the angle of the truck correct and the ride height even and adjust the dampening in real-time."

"I think it’s possible to produce a really well handling truck that feels good at any load point. That would be really great.”