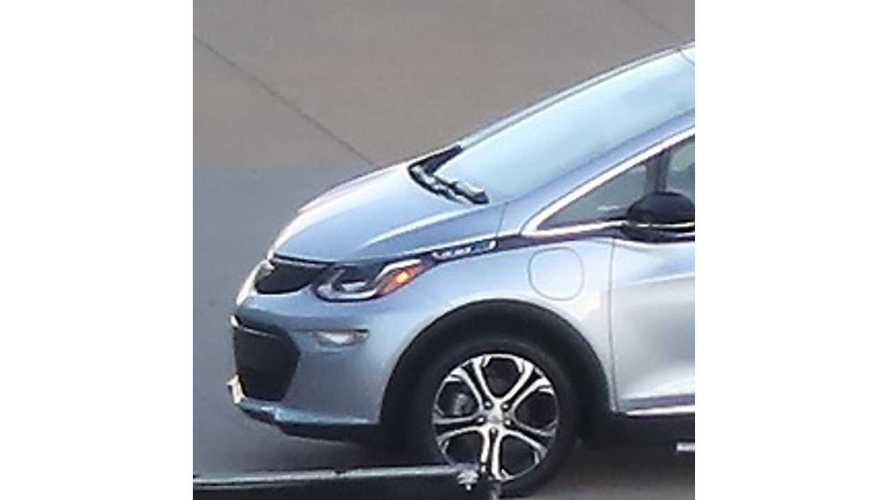 Bolt Compared To i3 - Image Via Sal Camelli

The production version of 2017 Chevrolet Bolt EV was spied a month ahead of its official unveiling at the 2016 CES.

The production versions looks different than then concept. Some are saying it resembles a mash up of a BMW i3, Nissan Murano, smaller Hondas and the 2016 Chevrolet Volt.

All in all, we think the Bolt looks swell. It definitely has the potential to be a mainstream electric car.

The Bolt was discovered by a photographer at SpiedBilde, and uploaded by YouTuber Thomas Bondan.

Be sure to scroll down for past images of the Bolt both in concept form and from mule testing.