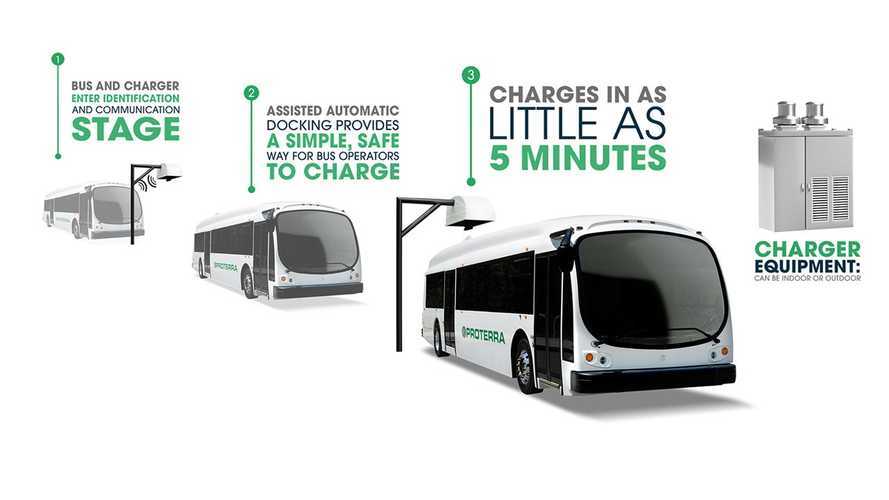 Proterra boasted an achivement of 2 million miles (3.2 million km) of revenue service logged - all covered by its pure electric buses.

Equivalent to a bus traveling coast to coast 855 times, from San Diego, California to Jacksonville, Florida

According to Proterra there is 63 buses on the roads  today (we believe mostly EcoRide BE35 and some new Proterra Catalyst), while the total sales reported is at "more than 122 vehicles to 15 different transit agencies".

"With 63 buses on the road today in Texas, California, Massachusetts, Nevada, Kentucky, Tennessee, Florida, South Carolina and Washington, Proterra is ramping up production in 2016 to meet the market’s growing need for clean, quiet, efficient transit solutions. These highest-performing electric buses are making both an economic and environmental impact on the communities they serve today. In aggregate, Proterra has saved transit agencies across North America over 420,000 gallons in fuel and prevented more than 7.6 million pounds of CO2 emissions."

"This year, Proterra will nearly double its production capacity as an increasing number of transit agencies see zero-emission buses as a credible and proven alternative to diesel, CNG and hybrid buses. With 30 percent fewer parts than alternative technologies, the Proterra Catalyst dramatically reduces maintenance and operating costs and is more cost-effective over the 12-year life of each bus, saving customers around $450,000 over the vehicle’s lifetime. The Proterra Catalyst is also the most efficient 40’ transit vehicle, with the longest range per kWh of energy storage and the lowest fuel cost per mile, at 22 MPGe and 1.7 kWh/mile."

“This latest milestone exemplifies the economic, environmental and civic value of electric mass transit and demonstrates to the transit agencies that diesel—often viewed as a necessary evil—is no longer necessary. By democratizing electric mobility through zero-emission mass transportation, we are providing both our customers and their passengers alike the best transit technology on the road today.”

“We’re proud of the precedent we set early on and are pleased to see our transit agency peers begin to adopt transit solutions like Proterra’s that address the economic and environmental hurdles we’re facing as a nation,”.

“For the last five years, we’ve been operating Proterra zero-emission buses and are excited to expand our electric fleet with 13 new Catalyst® vehicles coming into service. With the latest round of Catalyst buses, nearly 10 percent of our fleet will be all-electric, a fact we’re extremely proud of.”

As a bonus we adds new video from King County Metro in Seattle, which presents ride from passenger perspective.

It's amazing how much buses have changed over the years here in the Seattle Area from the Bredas, to the first DE60LFs, to the Xcelsior Nation, etc. I've gotta say other than the seating layout in the back and the rattling, I really do like this bus, it sounds really good. HOWEVER this technology isn't perfect yet, we almost ran out of battery after the video ended and had to skip Bellevue College, OOPS!!! Anyways, let me know what you think of this bus and your opinion on having electric buses here in the Seattle area!!!"