Nissan Revealed The Fuel Station Of The Future Concept (w/video) 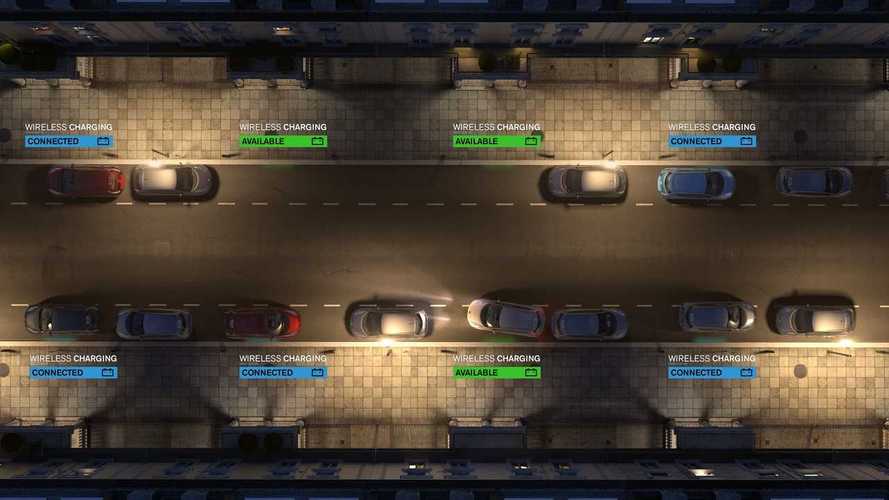 The Fuel Station of the Future concept developed by Nissan and international architect Foster + Partners was recently revealed in Geneva, as it was announced earlier in late 2015.

The vision seems to make the traditional model of fuel stations upside down.

The main component is wireless charging bays installed along the street - a feature that would also be good for appartments dwellers and for offices. These future EVs could then even autonomously repark themselves when recharged to not block the bays.

The concept includes a V2G component that enables some powering of buildings during the day, allowing for better use of renewable electricity.

"Incorporating a range of pioneering Nissan technologies, the vision hints at how vehicle-to-grid, battery storage, wireless charging, autonomous drive technology and over-the-air connectivity could combine to revolutionise how energy is used and distributed across Europe’s major cities."

"The need for a sustainable and innovative refuelling network is becoming vital as the market shifts toward alternative sources like electric power.

Today, more than half (54%) of the world’s population lives in cities and by 2050, seven out of every 10 people will live in urban areas, so it is imperative that the infrastructure exists to support this growth.

Nissan is currently trialing an innovative vehicle-to-grid system in Europe which, when coupled with advances in its second-life batteries, will allow drivers to operate as individual ‘energy hubs’ able to store, use or return clean energy to the grid.

It is predicted that by 2050, almost all global energy needs can be met with renewable energy sources.

Nissan is the leader in zero emission technology, and pioneered the commercial electric vehicle market in 2010. The Nissan LEAF – the first mass-market, pure EV launched globally – continues to be the best-selling EV in history."

“Technology holds many of the answers for the challenges we face in our cities today. However, the true power comes when those technologies are integrated with each other and the world around us.

“We’ve been at the forefront of zero emission technology since 2010, but our vision does not stop there – we believe that the future of transportation is reliant on both infrastructure and the environment. We’re looking for real, workable solutions that go beyond the product.”

“Integrating zero emission technologies into the built environment is vital in creating smarter, more sustainable cities. That commitment must extend far beyond the car – it must sit at the heart of everything we do.”

The big missing part here seems to be DC fast charging for long-distance travel, which we believe needs to stay more conventional.