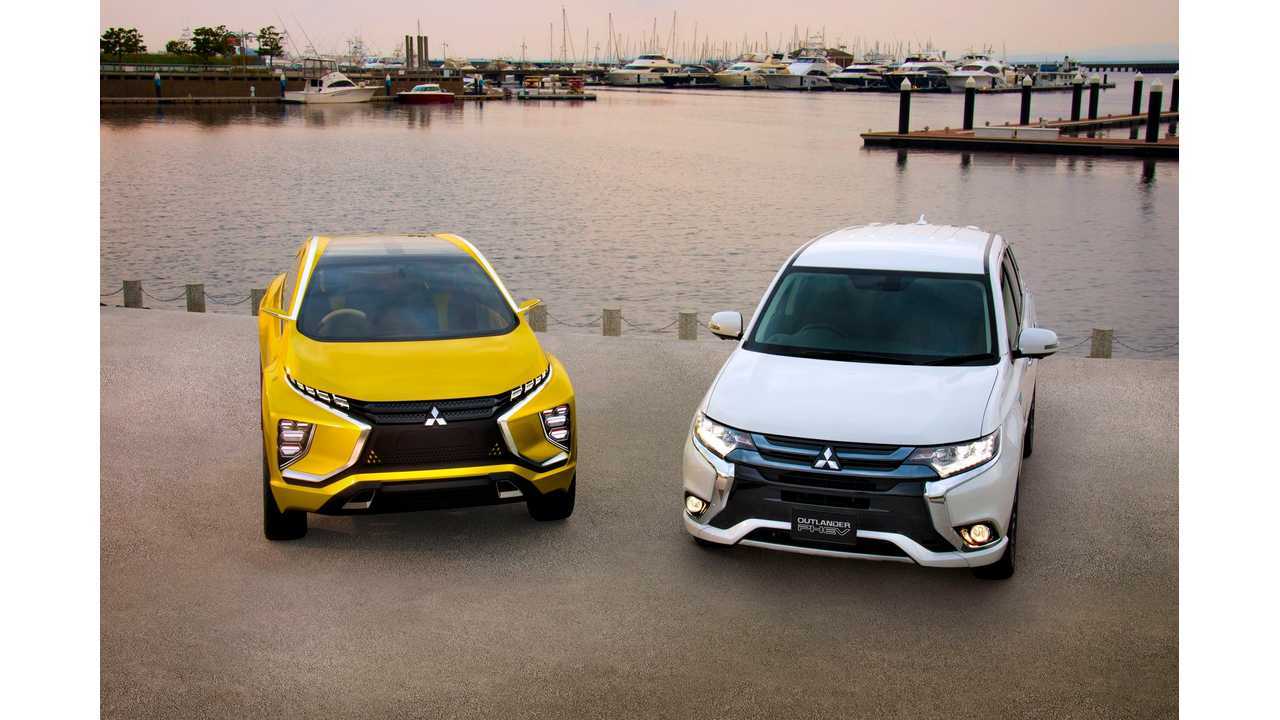 Mitsubishi is changing positions of its lineup in the U.S. by switching more plug-in versions of its SUVs and crossovers.

Conversely, the company has no plans for a new sedan as well as no new i-MiEV successor is in the near future.

Next year, beginning in May, Mitsubishi finally will introduce Outlander PHEV in the U.S. - an international best seller already.

"We are strong in SUVs and four-wheel drives. And that is what we would like to focus on as core models in the U.S. market. We have changed direction," CEO Osamu Masuko told Automotive News this week, "We are going to allocate more resources to the areas where we are strong in the U.S."

Then in late 2017, there will be a plug-in hybrid "small, coupe-styled crossover", after which there is an expected redesigned Outlander PHEV to be launched (we hope with more energy dense battery and longer all-electric range.)

Beyond that, an all-electric eX probably will spawn in 2019 as the Outlander Sport EV (along with a gasoline version) when the new generation is introduced.

In other words, on average, every 12-18 months, the Japanese company will be expanding its U.S. offering by one new plug-in vehicle. 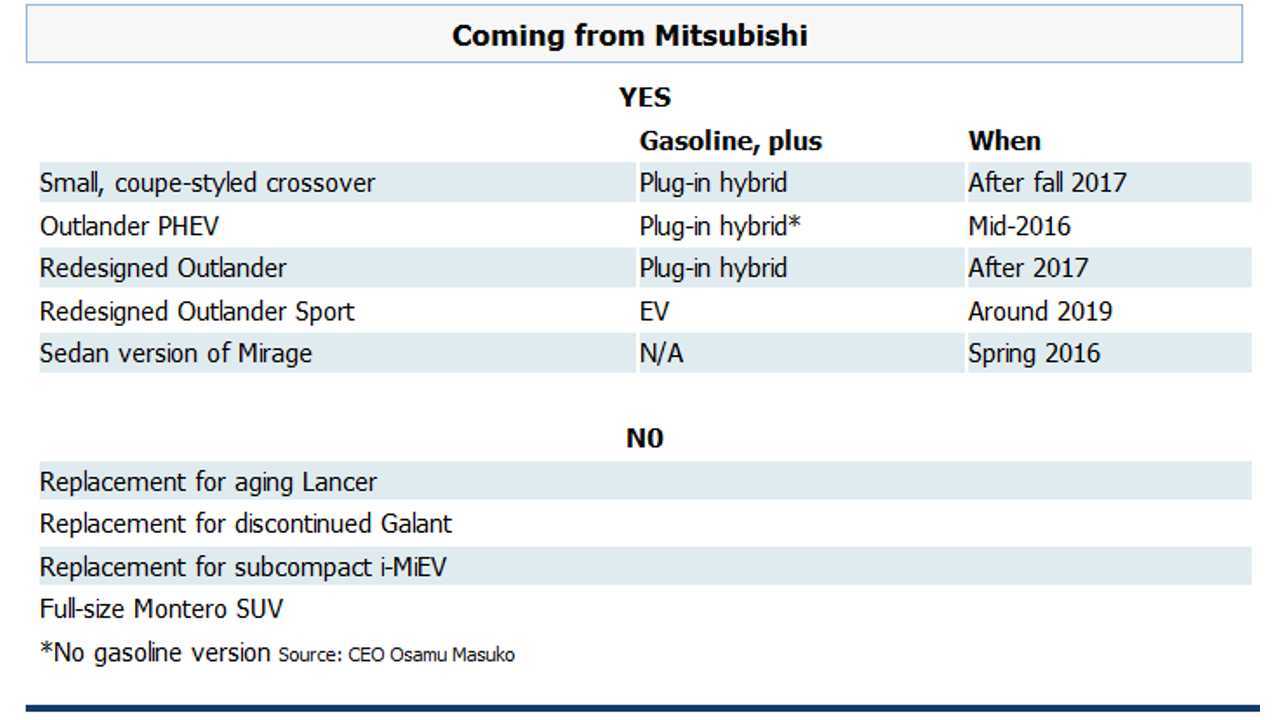