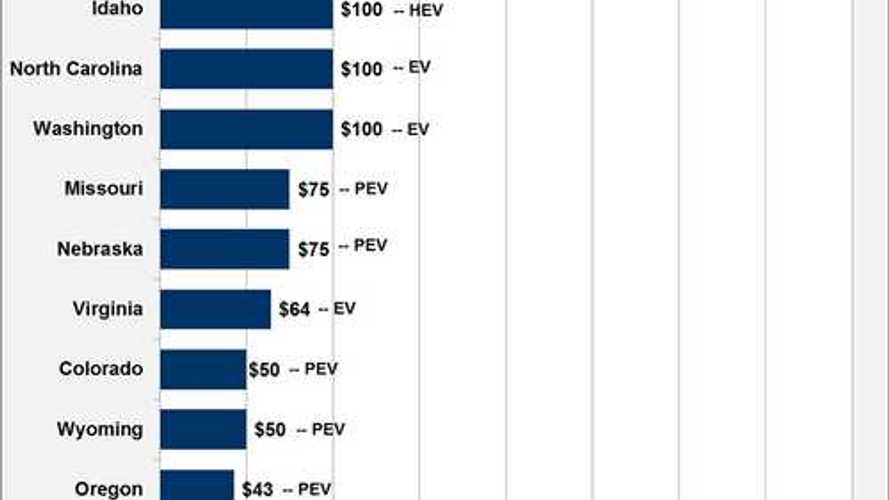 The topic of electric car contribution to the upkeep of roadways is back at the US Department of Energy’s Office of Energy Efficiency and Renewable Energy (EERE) website. The site lists 11 states that introduced EV fees for the purpose of maintaining roads.

Taxes are inevitable in the longer term, and seem to be approaching from multiple sides.

Some of those 11 states already split the fees for different versions of the plug-in cars or even include hybrid models.

"The maintenance of our highways has traditionally been funded from a combination of Federal and state taxes collected at the pump from the sale of motor fuels. Because electric vehicles (EVs) do not refuel at pumps that collect state and Federal fuel taxes, they do not contribute to the upkeep of the highways. This has caused many states to rethink how funds are collected to support the highway infrastructure.

Annual State Fees for Electric Vehicle Owners as of September 2015

Source: US Department of Energy’s Office of Energy Efficiency and Renewable Energy (EERE)